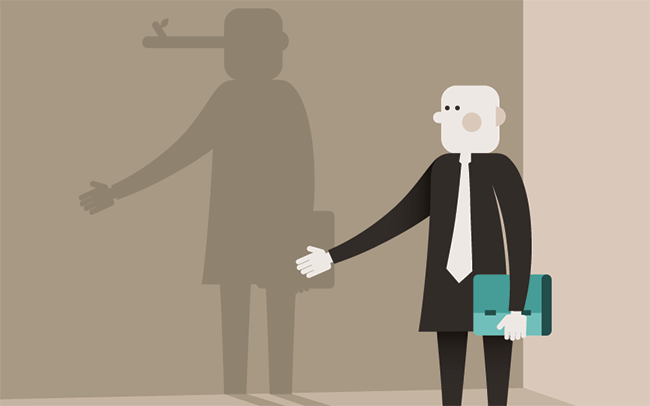 As the value of UK fraudulent insurance claims increase 27%, we look at what the profession is doing to address the problem

"False insurance claim fraud and fronting insurance policies fraud are often seen as an easy way to make a bit of money without hurting anyone. Yet the idea that fraud is a victimless crime is completely false"

Cifas, the UK's fraud prevention service with more than 450 members, recently released new figures showing a marked increase in the number of individuals committing insurance fraud with false claims. Between 2017 and 2018, there has been a nationwide increase of 27% in fraudulent insurance claims.

Meanwhile, there is an overall decrease in another form of insurance fraud: fronting an insurance policy. Fronting is when a driver claims they are the main user of a vehicle that is actually driven by a young driver or other high-risk motorist to receive lower premiums: for example, by parents for their children.

Cifas members reported more than 300 cases of fronting in 2018, with the data showing an 18% increase in the proportion of those aged 21 to 30 conducting this type of fraudulent activity.

Cifas sheds light on the daily temptations consumers face to commit fraud: the lies, exaggerations, deceptions and "seemingly" harmless opportunities to make some quick cash or get a better deal that are actually criminal acts.

Chief executive officer of Cifas, Mike Haley, said: "False insurance claim fraud and fronting insurance policies fraud are often seen as an easy way to make a bit of money without hurting anyone. Yet the idea that fraud is a victimless crime is completely false.

"As the rise of false claims in household and motor insurance shows, many people are seemingly unaware of the risks they're running and the consequences it can have by committing everyday fraud.

"While the overall downturn in fronting insurance policies is a positive sign, the fact that young people are increasingly more likely to commit that type of fraud highlights the need for continuing education. More needs to be done to raise awareness about the harm of fraud and financial crime."

Figures from Equifax show young people are significantly less likely to monitor their bank balances, exposing them to risks from fraud.

The survey, conducted online with Opinium, showed that 74% take basic precautions such as locking their door before leaving home, but less than a third (32%) regularly change their passwords and less than half (42%) are careful about sharing personal details on social media.

One example of how to combat fraud comes from Horwich Farrelly, which has launched what it claims to be the first fully automated fraud investigation solution.

Designed to give motor insurers a cost-effective way to specifically tackle vehicle-data related fraud and drive down the cost of motor claims, 'Car Wash' applies technology and novel algorithms to streamline the process.

'Car Wash' compares claims against a wide range of data from a variety of sources to reveal a series of 'red flags' that enable further investigation of those deemed most likely to be fraudulent. The system considers more than 30 potential indicators of fraud, including MOT history, mileage data, road tax records, change of keeper dates and car adverts -- as well as Horwich Farrelly's own historical fraud data -- within an insurer's database of claims.

If potential fraud, including suspected staged incidents and fraud rings, are found then the system highlights these automatically.

Since first being piloted in January 2018, Horwich Farrelly has run more than 50,000 claims through 'Car Wash' and the results have been both impressive and -- for some -- surprising, particularly in claims were no other evidence of fraud was predicted. More than 4,500 fraud matches have been detected by the system to date.

Rick Preston, head of Horwich Farrelly's Intelligence Team, believes the technology could be a game-changer for the industry, particularly in credit hire claims, which many observers see as a potential growing market for unscrupulous behaviours.

According to Cifas data: