CRACK IN THE WALL 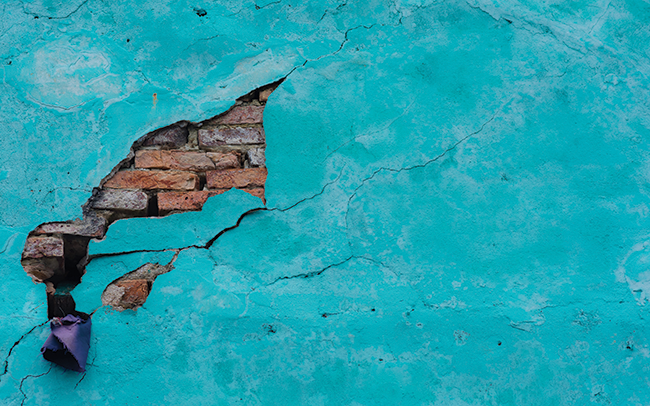 Personal lines insurers have been struggling for some time now due to falling premiums, the dominance of aggregators and the emergence of new, tech-driven entrants. These factors have meant that growth and profit in personal lines is hard to come by. Any access
to new markets and growth would, you would have thought, be leapt on by incumbents.

Which is why it is something of a shock to discover that, according to Direct Line, around £50bn worth of home contents is sitting uninsured.

Direct Line's research found that 43% of the 17 million adults living in rented accommodation in the UK do not own any contents insurance, with more than a third of these believing that their contents are covered by their landlord's policy or their parent's home policy.

In addition, some say they simply cannot afford insurance but the Association of British Insurers (ABI) argues that contents insurance has never been more affordable, with competition driving the average premium down to £127 a year -- just £2.40 a week.

Laura Hughes, manager of general insurance policy at the ABI, argues that non and underinsurance are tough issues with no easy solution.

"It's hard for insurers to make the point [that contents insurance is valuable] when someone isn't in touch with them about buying a product," she says.

She adds that insurers have been making efforts to provide cover for people with low value possessions or allowing people to insure individual items in an attempt to tailor polices to needs and lifestyles.

Periodically, the press gives the industry a bit of a kicking about individuals who have bought contents insurance but have been unwittingly underinsured. In other words, they have underestimated the value of their contents and what really sticks in the throat of consumers and the press alike is the application of 'average'.

"To any consumer the concept of average doesn't make sense," says James Daley, managing director of consumer advocate group, Fairer Finance. "They just can't get their heads around it."

He argues that the idea of having the value of a claim reduced by a commensurate percentage of the perceived underinsurance is not explained anywhere in the purchase journey and, he claims, is often not even mentioned in policy documents.

The ABI's Ms Hughes points out that getting the right level of cover often depends on insurers asking the right questions but to do so would require a longer question set, something that is at odds with the growing desire among consumers for a simple and speedy purchase process.

She says insurers are offering online calculators and apps designed to help with the inventory of contents but does point out, quite convincingly, that the onus is on the consumer to ensure they have the right cover.

Branko Bjelobaba, a compliance consultant, agrees the responsibility ultimately lies with the buyer but argues that what is simple and straightforward for an insurance professional, could be beyond the average consumer.

"Expecting people to physically value replacement and costs is hard and if you are dealing with vulnerable people, that becomes even more problematic," says Mr Bjelobaba.

He claims that if the industry knows there is a problem with underinsurance, then it has a collective responsibility to act.

This is a tough but somewhat neglected issue in insurance. On one side, there is a potentially huge market for insurers waiting to be exploited. Education would seem to be the answer here and individual insurers and, more broadly, the ABI, with its Insurance Experiments consumer campaign, are making a tangible effort.

But much of the consumer perception of insurance comes down to trust. With so many stories in the press about people falling foul of 'average', it is no wonder many do not see the value in buying cover.

If Direct Line's research is taken at face value, there is a £50bn market out there, but before anyone makes a move, the industry needs to look again at ways to prevent underinsurance happening in the first place and how it treats underinsurance at the point of claim.

For insurers to convince the owners of that £50bn worth of contents that they need to be insured, they have to be convinced that the policy they take out is worth the paper it is written on and that is not, at present, something most consumers would bank on.