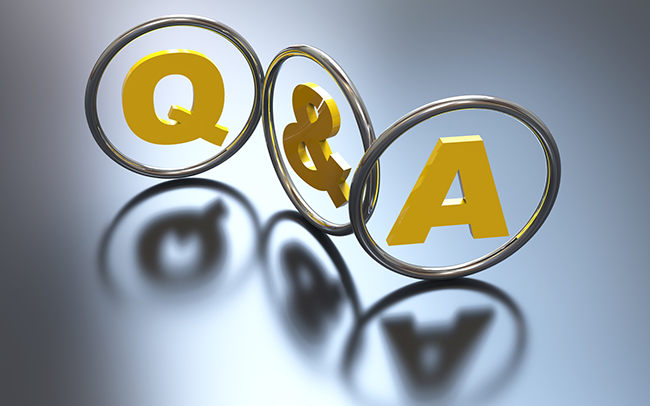 HOW DO YOU REWARD LOYALTY?

Following the recent renewed focus on customer loyalty and possible future changes to regulation around dual pricing, The Journal is asking readers to let us know what they think about the situation and what they personally feel are the most effective ways of keeping loyal customers happy and the cost of premiums fair.

REPLY 1
The pricing of insurance took a wrong turn years ago, with an outcome that, as The Journal's article puts it, "is not particularly healthy for insurers." How this was allowed to happen is a mystery -- but possibly has something to do with a focus on what the regulator will permit, rather than what customers actually like.

"Not particularly healthy" is putting it mildly. Motor insurers, for example, send out renewal invitations, quoting a premium which they know is unrealistic. Most customers have realised by now what they are up to, and so seek alternatives -- one of which is simply to telephone the holding insurer for a reduction; another is to take their business elsewhere. This is a destructive and time-wasting procedure which generates mistrust and ill-feeling to no good purpose.

Sadly, the reputation of UK insurance is in decline, and urgently needs to be turned round in the interests of the industry and, indeed, of the country as a whole.
Good luck with that.
David Culver

REPLY 2
This article about the discussion concerning the loyalty penalty is one that affects me greatly.

I have consistently renewed my insurances each year with the same insurer (my previous employer).

I firmly believe that loyalty should be rewarded. Giving massive discounts to new customers is fundamentally wrong and is counter beneficial to the insurer.

Yes, some customers may benefit but only if they are encouraged to shop around every year. This has always cost the insurer because it is more expensive to set up records for a new client than it is to retain an existing customer.

I agree that loyalty has to be earned so my suggestion would be to discontinue any form of introductory discount or dual pricing. The customer needs to demonstrate loyalty as well so have uniform pricing until a customer has renewed for say 5 years then give a loyalty discount.

An alternative would be to give enhanced cover.

Some years ago, I suggested to my employer (General Accident) that a way to achieve this would be to have a reducing excess. For example, a policy with a £250 excess would see this reduced to say £100 or £150 after 5 years and even to nil. This would involve no loss of income for the insurer. It would also mean the insurer actually retains the better risks. (now there's a thought!). My suggestion was never taken seriously but it may be time to revisit this approach.

Cover improvements can also be given at minimal cost, especially if the retained customers are the ones who make fewer claims.

I am somewhat cynical about how insurers would amend their pricing in the event of a ban on dual pricing. If they use it as an excuse to level everything upwards, they would be even less popular than they are now.

REPLY 3
I started working for Royal Insurance in 1961 and spent 36 years in various capacities including underwriting manager, claims manager and executive in various roles.

I was "brought up" in the traditional Royal Insurance way taking pride in the long and successful history and benefitted from the intense education given to Trainees.
Throughout my career we never faltered from the basic tenet that a good and long relationship with clients was very important and also cost effective in that keeping a client at renewal was cheaper than the admin of adding new clients. Whilst the advent of on-line computer systems may well have altered the costings of doing business, the most fundamental and overriding issue was the long-term relationship with clients.

Insurance was, to an extent, perceived as "fair game" when it came to claims and probably still does today so having a client for a number of years created a relationship that at least to an extent limited any "false or exaggerated" claims. The classic example that produced some of the most criminal acts was from those effecting travel insurance with an insurance company with whom they had no ongoing relationship sometimes placed through travel agents. I could tell some real corkers from my experience dealing with false travel insurance claims.

So, I hail from an era when the attitude and policy towards creating long term relationships was completely different and so I cannot for the life go me understand why the change. Indeed, I believe this approach seriously undermines the standing, integrity and perception of the insurance industry. It is a most serious issue and I have no doubt that, although difficult to prove, it affects policyholders' attitudes towards their insurer and critically making claims.

How can one justify a situation in which a policyholder, upon receipt of a renewal notice, has to spend time seeking quotes from other insurers to use to bludgeon the existing company that in many cases immediately caves in and offers to match the quote from elsewhere? Indeed, in many cases no doubt the policyholder simply picks a figure out of the air and states that is the figure the insurer has to match!

It is just a farce and makes a mockery of the whole process. If I was leading an insurer, I would stop any such policies immediately and project a policy of long term relationships supported by pricing that recognises claims free insurance in some form of pricing structure that is consistent and clear. Currently the industry is a laughingstock and I am embarrassed when I hear so many people talking so negatively about an industry which I was so proud to be a part of for so many years.

REPLY 4
I thought readers of The Journal might be interested in some work we've developed on loyalty over the past few months, which was the key focus of our annual conference in October 2018. The concept is "The Loyal Company" and takes the approach that before we can expect loyalty from customers and other stakeholders, we have to demonstrate loyalty to them.

We've identified five key audiences who deserve loyalty: customers, owners, staff, suppliers and the community, and we've set out some examples of this in practise in the attached brochure which we launched at our conference.

There is more on this on our website: http://www.financialmutuals.org/about/the-loyal-company , which also provides some examples of how mutual and not-for-profit insurers are demonstrating loyalty.