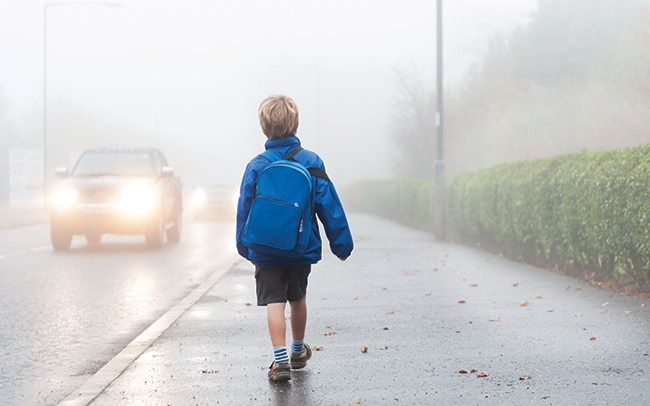 With climate change at the forefront of so many news stories, companies are being forced to behave in a greener and more ethical way than ever before. But what of the insurance element?

Spanish and French cities have joined a growing number of communities to ban diesel and even petrol vehicles in a bid to limit pollution.

The cities, including Paris, Barcelona and Madrid, have not only limited vehicles travelling into the heart of the city but also developed rolling systems to protect much wider areas. Vehicles need special licences to continue driving and, in the case of Madrid, these licences are not available for foreign-owned cars.

In the UK, the pollution conversation stepped up a gear when the attorney general quashed the inquest into the death of Ella Kissi-Debrah at the age of nine, after new evidence linked her death to air pollution spikes from traffic near her home in south London.

Ella lived 25 metres from the heavily polluted South Circular Road in Lewisham. An expert had linked her death to the dangerously high levels of pollution from diesel traffic that breached legal limits.

Jocelyn Cockburn, a partner at the law firm Hodge Jones & Allen, who represents the girl's mother, Rosamund Kissi-Debrah, says: "An inquest will provide a better understanding of why she died and whether her death was avoidable. It will force the government and other bodies to account for their actions and, in many regards, their inaction on air pollution over this period."

Meanwhile, a recent Guardian newspaper investigation revealed children at more than 2,000 schools and nurseries across England and Wales are being exposed to illegal levels of damaging air pollution from diesel vehicles.

Last year, it also emerged that children were absorbing a disproportionate amount of dangerous pollution on their way to and from school; and while in the classroom. One school was found to have levels several times above the World Health Organisation guidelines for the most damaging particulates, inside several of its classrooms.

In response, the UK government published its Clean Air Strategy in January, which "shows how we will tackle all sources of air pollution, making our air healthier to breathe, protecting nature and boosting the economy".

In its report, the government admits transport is a significant source of air pollution emissions.

"The immediate air-quality challenge is to reduce emissions of nitrogen oxides in the areas where concentrations of these harmful gases currently exceed legal limits," it says.

The government has already committed more than £3.5bn to tackle poor air quality through cleaner road transport and is working closely with local bodies. Alongside this, the government is committed to cutting air pollution from all forms of transport.

It states: "We published Road to Zero, which sets our plans to end the sale of new conventional petrol and diesel cars and vans by 2040. We will position the UK as the best place in the world to develop, manufacture and use zero-exhaust-emissions vehicles and, during the transition, we will ensure that the cleanest conventional vehicles are driven on our roads." 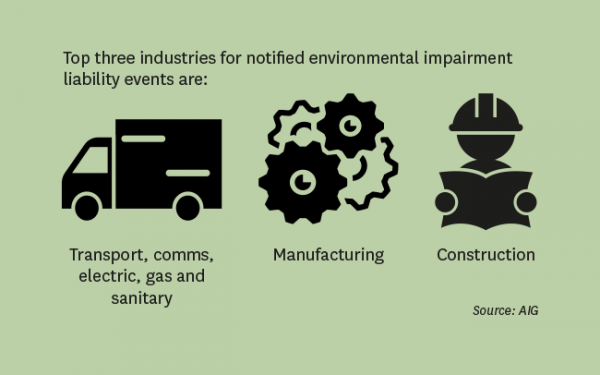 The strategy extends to all forms of transport, including the aviation and maritime sectors, while the government has plans for new legislation to compel manufacturers to recall vehicles and non-road mobile machinery for any failures in their emission-control system; and to take effective action against tampering with vehicle emission-control systems.

Broker Marsh makes the point: "Environmental risks are rising up the boardroom agenda, with environmental losses having the potential to adversely affect a company's reputation more than ever before."

It also warns: "Environmental risks related to the protection of water resources, impacts to human health, and the maintenance of biodiversity and the quality of the environment, may result from the activities of industry.

"For multinational companies, complying with the wide range of environmental regulations, including liability for causing damage to the environment under the European Union Environmental Liability Directive, and others, means environmental exposures threaten the achievement of successful business outcomes."

A recent report from AIG notes that environmental impairment liability claims in the past 12 months, "once again demonstrate that insureds' environmental exposures are far from static". AIG adds that there is growing public awareness of environmental issues and increasing regulatory pressure across Europe to carry out inspections and make the polluter pay.

It warns that now, more than ever, companies needed to reassess their approach to environmental risk management and stress-test their coverage to ensure it would respond as expected in the event of a loss.

"Insureds think it will never happen to them but quite clearly -- as reflected by the claims statistics for the past 12 months -- it can and does," says Wilson Hull, environmental major loss adjuster, AIG.

"No matter how good your risk management practices are, ultimately you may have an environmental incident that you need to deal with," he adds.

Lastly, the Association of British Insurers states: "Recent UK and EU legislation has significantly increased the potential costs of remediating damage caused. Environmental issues need to be dealt with rapidly to protect the reputation of your business."