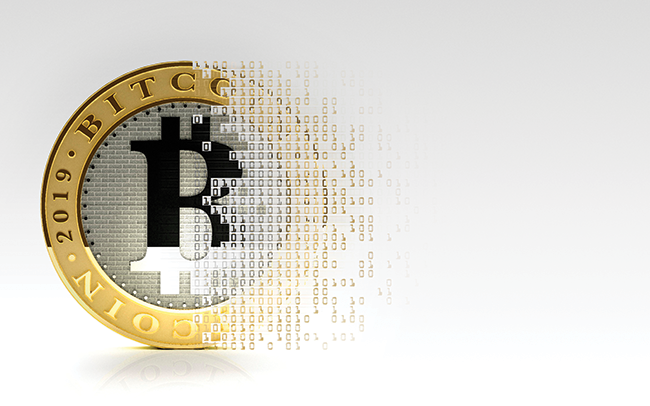 As Bitcoin and other cryptocurrencies move into the mainstream, the need for insurance coverage increases, as Tim Evershed explains-¦

Cryptocurrencies, including Bitcoin and a range of other digital assets, continue to enter the mainstream of finance, with increasing numbers of companies and countries now accepting them as valid forms of currency.

In 2014, Japan's Mt. Gox exchange lost more than $400m of Bitcoin, most likely stolen by a rogue trader, causing the exchange to file for bankruptcy. And the multimillion-dollar loss suffered recently by investors at Canadian cryptocurrency exchange QuadrigaCX once again highlighted the risks of holding digital assets.

So, it is unsurprising that the insurance market is receiving an increasing number of requests for cryptocurrency-related cover.

Policies presently available include coverage for private key theft and other hacking and cyber-type risks. Insurers are also offering directors' and officers' (D&O), while fidelity-type risks for businesses such as cryptocurrency exchanges are being explored, as well as Initial Coin Offering (ICO)-related risks.

"As the blockchain and digital asset industry continues to mature, we have seen an increase in demand for insurance coverage in general. Insurance coverage serves a number of purposes, including protecting the company that purchases the insurance and its balance sheet and assets," says Sarah Downey, US D&O product leader at Marsh.

"It could also protect the assets of that company's customers. As the blockchain industry has grown, there has been more of a recognition that insurance is involved in every industry and can really help increase the brand behind an industry."

Ms Downey continues: "When a company has the appropriate insurance coverage in place, banks and outside investors tend to see it as a better investment, thus it can get capital to do the things it needs to innovate and grow. And if there is a loss, it has the safety net to stay afloat and continue to grow where others may lag behind.

"More insurers are getting involved in offering coverage in this space, although many remain hesitant."

There also specialist insurers, such as Bitcoin Financial Group, as well as Coinbase and Elliptic Enterprise, that sell policies that insure bitcoin storage. In general, these policies will protect a company from theft as well as losses resulting from errors in the technology used to provide whatever service the company offers.

Insurers offering coverage in the London market include XL Catlin, Neon's Tarian brand and a number of Lloyd's syndicates. There also some managing general agents, some with Lloyd's capacity, like Nexus Underwriting, operating in the sector.

As there is a difference between stealing physical dollars from a bank and stealing Bitcoin, the crime market has evolved to cover both cold storage and hot storage. The former is where assets are held within an Air Gap computer with up to six different encryption keys. A hot wallet, meanwhile, is used in a daily trading basis and has up to $10m of assets in it, but because it is connected to the internet it can be hacked.

"The crime market has evolved to look at those different types of risks and you can get coverage for this on the cyber side as well," says Rachel Turk, leader of Beazley's D&O practice in London. "Typically at the moment, it is the traditional insurance products because from a D&O perspective they are still companies; their business model may be different but the process of underwriting is the same."

"Within [that], there are people that are evangelical about cryptocurrency, who say it is the way of the future and it is here to stay. Then there are an awful lot of naysayers who point to the volatility of Bitcoin and say it is not sustainable. You don't need to be evangelical or a naysayer, because it is a company offering a product like any other company offering a product. You can buy into that idea or not."

For the time being, it certainly looks as if cryptocurrencies are here to stay. As the use of cryptocurrencies becomes more widespread, more companies will use digital assets and, as a consequence, organisations across many industries could find themselves exposed to these risks and will look to the insurance markets for protection.