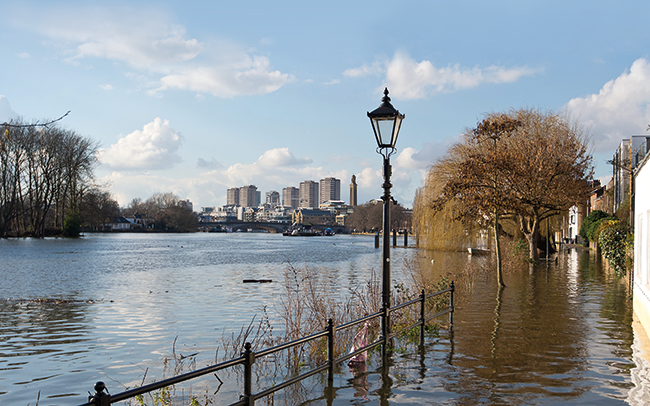 How can a scientist's perspective on flood help the insurance industry? Dr Petr PunÄochÃ¡Å, from Aon's Impact Forecasting team, has been clarifying some common flood misconceptions between scientists and insurance professionals-¦

As always, knowledge is power. So let's start by looking at the main types of flooding:

Riverine (fluvial) flooding is the most recognised type of flooding, following an increased discharge and/or water level. Spatially, riverine flooding can occur both locally and across entire continental basins -- such as in Thailand in 2011, which remains the number one economic and insured flood loss in history.

Rainfall (pluvial, flash) flooding is caused by intensive rainfall and is usually a short duration, which makes it difficult to predict and strongly limits its mitigation. Pluvial flooding in 2009 killed more than 120 people in a normally arid area of Saudi Arabia.

Storm surge is the most common type of coastal flooding, caused by a combination of low air pressure, water level uplift due to shear wind, high tide and oscillating waves. Examples include the 1953 Netherlands event, which killed 1,836 people, and the Hurricane Sandy storm surge, which impacted New York in 2012.

Tsunami is a major threat to people living on the coast, with the overwhelming majority resulting from seabed displacement caused by earthquakes or submarine landslides. Recent tsunamis include the Boxing Day Tsunami of 26 December 2004 in the Indian Ocean and the Tohoku Tsunami from Japan in 2011.

So why is understanding this important? Insurers can use flood hazard knowledge to choose the correct tools to evaluate the risk and understand the nuances of the model outputs. Each flood type should be independently reviewed when setting or reviewing primary or reinsurance contract wordings.

A flood's return period, or frequency, represents the likelihood of an event reaching or exceeding such a threshold within a certain period of time, with frequency being the return period's inverse value.

Understanding this is important as many misunderstandings have occurred during discussions between re/insurance experts and hydrologists, and there needs to be consensus.

"Surveys show only a minority of people know if their insurance covers this peril and if so, what specific type"

There is a surprising fact: everyone knows what flooding means, but surveys have shown that only a minority of people know if their insurance covers this peril and if so, what specific type.

This situation results from the range of contract wordings developed in various geographies over the years. These often limit protection to specific and rare types of flood losses, such as sewage backup policies in Canada or extremely low limits in Austria that rarely cover the costs for a basic clean-up.

This has led to a large difference in flood insurance penetration in various countries or even individual regions. For example, in Germany, Bremen has only 19% penetration, but Baden Wuerttemberg reaches 94%.

The insurance profession, as a key risk transfer mechanism, can partially manage the negative effects of climate change by offering products to increase insurance penetration and build appetite, while using data and analytics to better understand the risk.

Studies have shown that the increase of flood frequency and intensity could be likely in regions such as southeast Asia, India and eastern Africa. Increased risk of flash flooding associated with summer storm rainfall has been seen across North America and Europe. Rising sea levels also pose a significant threat for low-lying regions. For example, Jakarta, with its soil subsidence, is fighting to complete a large construction project to protect the city.

Flood insurance can locally become less available or affordable, particularly in the most exposed regions. The fact that the largest protection gap now exists in regions most prone to severe future impacts signifies an important challenge for various stakeholders, including local governments.

Flood maps and models have many more uses than often described: keep an open mind and discover a host of new opportunities. 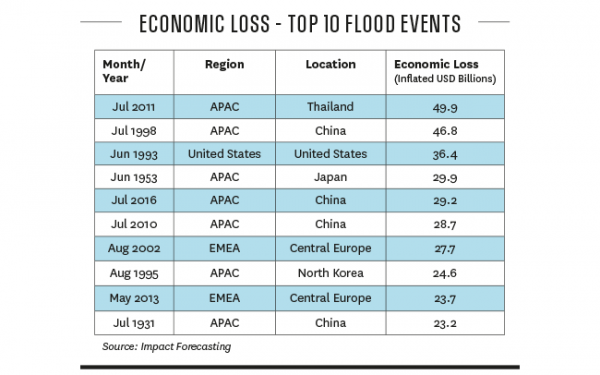 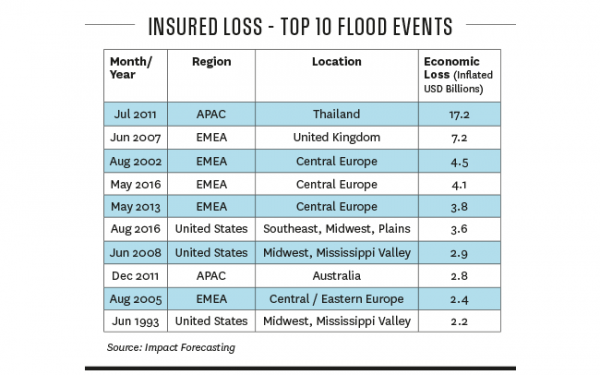