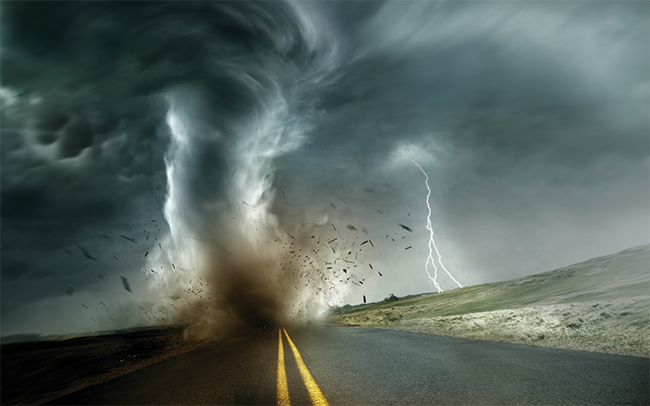 The latest edition of the WEF's Global Risks Report makes for sobering reading, so what can the risk transfer industry do to tackle these threats?

Such is the relentlessness of negative headlines in today's media, it would be easy to view the world as a dangerous, depressing and complex place. On the other hand, as we now live in an age when the veracity of the information we consume is increasingly challenged, it can also be tempting to dismiss the doomsayers and convince ourselves that it is not as disastrous as it first looks.

However, when 1,000 of the world's top academics, business leaders and policymakers agree that the world is facing some extreme, pressing and in some cases inevitable disasters, it probably makes sense to pay attention.

Delivering the views of that rarefied group of people is exactly what the latest edition of the World Economic Forum's (WEF) Global Risks Report does, and it makes for sobering reading.

At a high level, the report tells us that environmental risks are the most pressing -- and not for the first time either. This is the third year in a row that weather-related risks have come to the fore.

Hot on the heels of those environmental threats are the risks posed by cyberattacks, in terms of theft of data and money as well as cyberattacks resulting in disruption of operations and infrastructure.

Perhaps there will be no surprise at these results within the insurance profession, as a key part of its role is to help clients with exactly these kinds of risks. But what is being done about it? And perhaps more importantly, what can be?

Aengus Collins, head of global risks and the geopolitical agenda at the WEF, is the person whose job it is to spend all day thinking about these risks, and he does have hope that something meaningful can and will be done.

"We are a very positive action-oriented organisation -- we have teams working on most, if not all, of these issues and we always try to bring the public and private sectors together to tackle them," says Mr Collins.

He believes that the world's decision-makers are starting to shift towards action. "My hunch is that people's awareness is shifting from long term to short term," he says.

The challenge is to jump from awareness to action and it's interesting that for the last three years, the top three risks by likelihood were extreme weather events."

However, the prognosis is not positive. Quoting figures from the Intergovernmental Panel on Climate Change, the report states that the rate of sea levels rising is increasing rapidly and an increase in global temperatures of two degrees will cause sea levels to increase by between 30cm and 93cm by 2100. To put that in context, between 1901 and 2010, sea levels increased by 18.5cm. 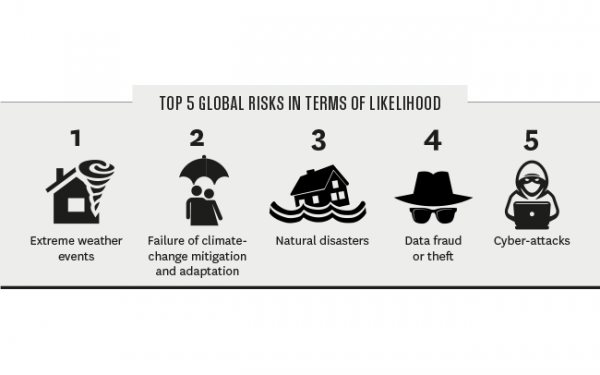 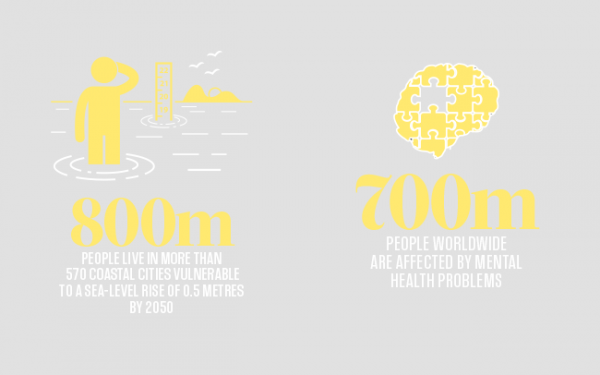 So what can or should the insurance profession be doing about all this? The threats are so macro, where would your average insurance business start?

Eugenie Molyneux, chief risk officer of commercial insurance at Zurich Insurance Group, says the report should act as a guide for companies to start assessing their own risk landscape. In a way, it should act as an aid as to where they should be looking for trouble.

"If this report articulates the risks the world faces," she says, "it gives us a sense of the support our customers require in terms of prevention or recovery. The report makes it very clear that prevention still remains more economically effective than recovery."

She says we should be in no doubt that this is the world of risk that customers face and, as such, the insurance industry must be aware of them and be thinking about how to manage them on the customer's behalf.

And those risks are not purely structural or economic in their nature. An intriguing addition to this year's report is the 'Heads and Hearts' section, which looks at the impact these political and economic dynamics have upon the wellbeing of individuals and society as a whole.

The report notes that ours is an "increasingly anxious, unhappy and lonely world", and continues: "Anger is increasing and empathy appears to be in decline." To underline the point, the report points to statistics from the World Health Organisation, which suggest that depression and anxiety disorders increased by 54% and 42% respectively between 1990 and 2013.

Why does this matter? Put simply, all of the issues and risks highlighted by this report are interconnected and mutually influencing. None of them exist in isolation and the mental health of individuals and societies are acting as a strong influencer on -- and are a result of -- the key threats highlighted by the report.

As Mr Collins says: 'There is an assumption that if we look after the structural and economic stuff, everything will be OK. But we need to look at all of these issues in the round and how they interact with each other.

"What is driving the multiple societal changes that are underway? There is a huge temptation to find a simple explanation that will make everything fit together, and normality will return. But nostalgia isn't really an option here."

And although these issues are not something that the insurance industry on its own can seek to tackle, it is an industry that facilitates. It facilitates the movement and operation of much of the economy and society and can, in turn, contribute to the solution to these looming risks.

Of course, nobody can wave a magic wand and solve the world's current and future problems but as Ms Molyneux says: "It's not about tacking one threat [from the report] -- it's about tackling all of them a little bit."

With environmental, cyber and mental health risks much more in the comfort zone of the insurance profession than any other, insurance is better placed to become part of a real solution.

For anyone in the profession, this report should be compulsory reading -- not only will it signpost the threats to your own organisation, it can help the wider industry understand just where the existential threats to their customers really lie.