FIRE DAMAGE WHO IS LIABLE? 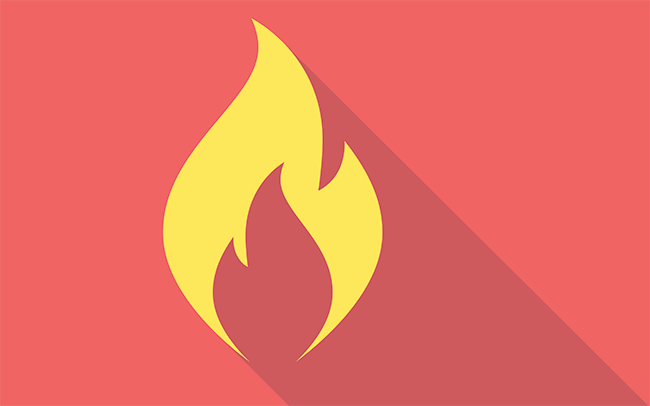 In Palliser Limited v Fate Limited (in liquidation) [2019] EWHC 43 (QB), a fire that started on the ground floor but spread and seriously damaged the upper floors of the building led to the High Court considering whether liability insurers were required to indemnify a landlord against its liability for damage to parts of the building let under long leases.

Fate owned the freehold to the building and occupied the ground floor, on which it ran a restaurant. Palliser owned 999-year leases to the upper three floors, which had been converted into seven flats and sub-let. It was agreed that the fire that occurred on 1 January 2010 was caused by Fate's negligence. The building was insured by Fate and the insurers made a payment for repairs to the upper floors, but delays and issues over the quality of the work meant that Palliser took over and completed the refurbishment itself. Its claim against Fate was for that additional cost to them of completing the work, which was agreed at £225,000. By the time the claim was settled in October 2017, Fate had gone into liquidation so the claim proceeded against Fate's liability insurers under the Third Parties (Rights against Insurers) Act 2010.

The insurer's case was that, had it not been in liquidation, it would not have been liable to indemnify Fate because the liability policy only covered liability for damage to property "not belonging to you or in your charge or under your control" and, as freeholder of the whole building, including the upper three floors, those upper floors of the building were property that belonged to Fate. Palliser's argument was that the leases gave it exclusive possession and control of the upper floors, and thus those parts of the building could not be regarded as property that belonged to Fate or as being under its charge or control.

Giving judgment for the insurers, the High Court answered this question of contractual interpretation by deciding what the term would mean to a reasonable person who had all the relevant background knowledge reasonably available to the parties at the time the contract was made. This reasonable person would have concluded that although the leases on the upper three floors gave Palliser exclusive possession and control, Fate nevertheless continued to own them as freeholder of the whole building and a landlord retains their ownership of a building even if they grant a long lease to a tenant. Although the sum insured for the whole building was inadequate, it was well above the rebuilding cost of the ground floor alone.

Because Palliser's claim was dismissed, the court did not have to decide whether Fate would have been entitled to rely on the defence established in Mark Rowlands Ltd v Berni Inns Ltd [1986] QB 211 but in reverse. In Berni Inns, the negligent tenant was not liable for the cost of repairing fire damage because it contributed to the buildings insurance premium under the terms of its lease. Here, the unresolved question was whether the landlord would have been entitled to deny liability to its tenant for fire damage when it had arranged building insurance. In practice, such an issue will rarely arise as the landlord will always want to claim on the insurance policy they have arranged. It will only be in exceptional circumstances, such as where the tenant undertakes the work, that the issue will arise, and will have to be resolved on another day.

Graham Bartlett is a barrister at Trinity Chambers in Newcastle upon Tyne www.trinitychambers.co.uk