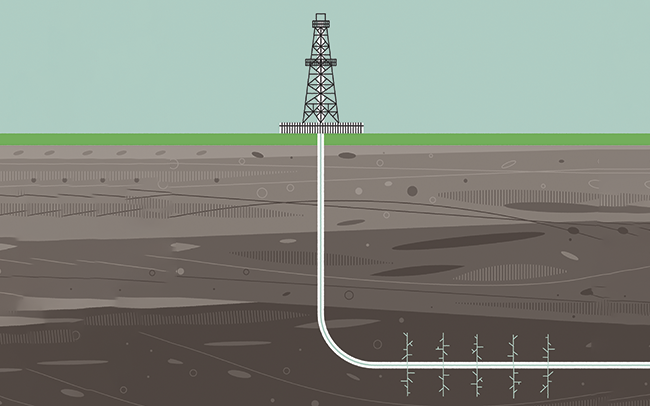 The government has once again allowed fracking to take place in the UK, causing an outcry among environmentalists. But what is the position for insurers?

Fracking restarted in Lancashire in mid-October, but has since been halted three times because of earth tremors that exceeded government guidelines.

It was the first time fracking had been permitted in the UK since 2011, when a series of earthquakes were linked to the drilling at a site near Blackpool. The government has also proposed allowing "exploratory" shale gas drilling to go ahead without planning permission -- a move opposed by a number of councils.

The row on whether or not fracking should continue rumbles on, but should insurers be worried?

From an insurance perspective, fracking is not an excluded peril as it is not actually an insured peril under standard insurance policies. According to the Blackfriars group, any damage caused by fracking would almost certainly result in a claim under the earthquake, subsidence, ground heave or landslip cover under the policy.

The company says: "There is currently no general exclusion of fracking under any of these perils, nor any other, on any personal or commercial insurance product we are aware of. Such news would be of considerable interest in the insurance industry and the introduction of such an exclusion would certainly gain considerable publicity in both the insurance [press] and wider media."

However, earlier this year The Yorkshire Post was among those reporting that thousands of homeowners could face higher insurance premiums thanks to fracking under their land. There are also growing concerns that property would be devalued because fracking was going on nearby.

Kevin Pratt, a consumer affairs expert at MoneySuperMarket, says: "One of the problems with fracking is that no one is able to say how much damage it will cause to nearby properties, if any. Insurers will pay out for buildings damaged by earthquake or subsidence, so householders in fracking locations can cross that particular worry off their list, at least for the time being.

"Problems would eventually arise if a particular area became a claims hotspot because of fracking. Insurers set their prices with reference to the number, size and type of claim in any given postcode, so anyone with an address in an area recording a lot of claims would see their premiums increase."

He adds: "They might also face a higher policy excess -- the amount they have to pay towards the cost of any claim they make. On top of this, if the number of claims in an area were to rise to a high level, insurers might change the definition 'earthquake' specifically to exclude events directly attributable to fracking."

Meanwhile, Chris King, head of home insurance at Compare The Market, says: "It's important to note that due to the significant costs of these claims, the excess is often much higher. Insurers tend to use previous risk data to access the likelihood of a claim and so, as fracking has failed to really accelerate over the past couple of years, it'll be a task for providers to calculate the effect this will have on premiums.

"It may take months -- or even years -- for insurers to collect the relevant information they need, but if an area becomes at high risk of subsidence as a result of fracking, it is likely that premiums will eventually increase."

Despite the industry fears, the Association of British Insurers says that "there is, at present, little evidence to show a link between fracking and seismic activity that could cause damage to a well-maintained property", and adds that it is currently not aware of any claims where fracking has been blamed as a cause of property damage.

Law firm Clyde & Co has also been considering the liability for damage caused by fracking and the available insurance coverage.

It says: "Litigation in the US may help to shed some light on these issues. In Parr v Aruba Petroleum Inc, a jury awarded $3m in damages to the Parrs, who owned a 40-acre property in Texas.

"The Parrs claimed the emissions associated with fracking caused headaches, nausea, vomiting, open sores, dizziness and the death of their pets. The basis of the award was that defendants had 'intentionally created a private nuisance' in their operations."

Clyde & Co explains that the Parrs' alleged exposures to the consequences of the fracking included emissions from trucks and onsite equipment, particulate matter "stirred up" by drilling and trucking activities, evaporation of fracking fluid in pits releasing chemicals into the air, release of chemicals as a result of processing, flaring, "fugitive emissions" from wells, venting and finally fracking itself -- the subsurface release of chemicals, contamination of ground water, unintended underground migration of gas/chemicals.

WHAT IS FRACKING?
"Hydraulic fracturing, also known as fracking, is a technique that can be used in the extraction of gas from shale rock. It is estimated that more than 2.5 million wells have been hydraulically fractured worldwide.

"Shale gas has the potential to provide the UK with greater energy security, economic growth and jobs and could be an important part of our transition to a low-carbon future.