What does climate change actually mean? 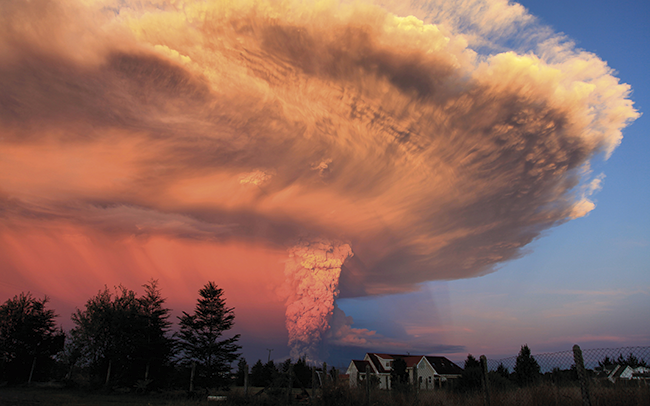 For many climate change remains a nebulous concept of what if's and could be's. However, for the insurance industry there are some very real ramifications, as we explore-¦

Climate change is one of those Marmite concepts. For years the experts have argued over whether or not it is happening, with politicians wading in every now and again.

For most individuals, it is not so much a case of whether or not they believe it is happening but more a case of not worrying about something that will happen in 50 or 100 years -- after all, will they be alive then?

However, the insurance industry is much more focused and is beginning to consider some of the practical implications of what comes next, and how it might affect their business models.

The Lloyd's City Risk Index, in collaboration with the Cambridge Centre for Risk Studies at the University of Cambridge Judge Business School, measures the impact of 22 threats on 279 cities' projected economic output, including those associated with climate change, such as drought, flood, extreme cold and hot weather.

The 2018 index, published this June, reveals that 279 cities across the world -- the key engines of global economic growth with a combined gross domestic product (GDP) of $35.4trn -- risk losing on average $546.5bn in economic output annually (termed 'GDP@Risk') from all 22 threats.

Climate-related risks together account for $123.0bn of GDP@Risk and this sum is expected to grow as extreme weather events become increasingly frequent and severe. The costliest climate events are windstorms, which account for $66.3bn of GDP@Risk and flood that puts a further $42.9bn of economic output at risk.

Lloyd's chairman Bruce Carnegie-Brown says: "No city will ever be completely risk-free. The index shows that investing in resilience -- from physical flood defences to digital firewalls and enhanced cybersecurity, combined with insurance -- will help significantly reduce the impact of extreme events on cities, improve economic stability and enhance prosperity."

Professor Daniel Ralph, academic director of the Cambridge Centre for Risk Studies, at the University of Cambridge Judge Business School, points to "the worldwide rise in geopolitical risk, driven in large part by the threat of interstate conflict and civil unrest", adding: "We are likely to see this trend continue on a global level."

This is also a risk that the experts fear will rise as climate changes impact society.

Closer to home, one of the debates that raged this winter in the UK was whether the so-called 'Beast from the East' could be a sign of things to come.

If so, that could herald bad news for property insurers. The Association of British Insurers reports that in the first quarter of 2018:

£1.2bn was paid in the first quarter of 2018 by UK insurers under domestic and commercial property insurance policies -- the highest quarterly figure for two years

Speaking in London earlier this year, professor Sir Brian Hoskins CBE FRS, founding director and now chair of the Grantham Institute for Climate Change at Imperial College London, and professor of Meteorology at the University of Reading, highlighted the massive risk facing the planet as global warming speeds up, with the real risk of sea levels rising 1.5 metres by the end of the century.

He said of the recent cold winter in the UK that scientists were watching and working hard to establish whether such extreme cold pockets are likely to be an ongoing issue.

"As the planet warms up, there will be an increased capacity to hold water. If the temperatures rise 6ËC, the atmosphere can hold 50% more water," he said.

The implications of that could be extremely severe. As Professor Hoskins explained, it is not just a matter of sea levels rising but the impact on weather patterns and the chances of more extreme weather.

He warned that political tensions, as well as societal tensions, are only likely to increase as parts of the world become uninhabitable.

"A lot of urban conurbations are located on coastal plains," he said, "while a 5ËC increase in temperatures might make some tropical areas unliveable too. The stresses are rising."

Speaking at the same event, Norton Rose Fulbright director Maria Philippides pointed out, for example, that in South Africa local insurers are particularly concerned about political risks around climate change.

She cited the drought in Cape Town. "You have to ask what the impact would be if buildings were to be abandoned. In environments where you have poor service delivery, you will often have civil commotions and that can lead to property damage," she said.

William Miller, an associate at US law firm Pillsbury Winthrop Shaw Pittman, pointed to "volcanoes, hurricanes, and polar vortexes", explaining: "From the eruption of the Kilauea volcano in Hawaii, to huge winter storms, massive mudslides and the unfortunately reliable hurricane season, it seems like natural disasters have been near constant in the past year." He suggested: "When a natural disaster strikes, having appropriate levels of property damage, business interruption and contingent business interruption insurance can be three keys to stability."

Looking at property policies, he said these typically cover fire damage up to policy limits, but often include lower sub-limits, higher deductibles and other conditions on coverage for damage caused by flooding, windstorms or mudslides -- or may exclude them altogether.

RISKS TO OUR SECTOR
The Sustainable Insurance Forum (SIF) and the International Association of Insurance Supervisors have developed a draft issues paper on Climate Change Risks to the Insurance Sector.

They say climate change will have significant yet highly differentiated impacts on human and environmental systems around the world, including an increasing frequency and severity of natural catastrophes. Responses to climate change -- such as new policies, market shifts, technological innovation and social change -- will also have major impacts, including on the structure and function of the global economy.

The objectives of this issues paper are to raise awareness for insurers and supervisors of the challenges presented by climate change, including current and contemplated supervisory approaches for addressing these risks.

The paper provides an overview of how climate change is currently affecting and may affect the insurance sector now and in the future, provides examples of current material risks and impacts across underwriting and investment activities, and describes how these risks and impacts may be of relevance for the supervision and regulation of the sector.

WARNINGS FROM THE PAST
Back in 2007, the Institute and Faculty of Actuaries offered the following warnings about potential impacts on property insurers: