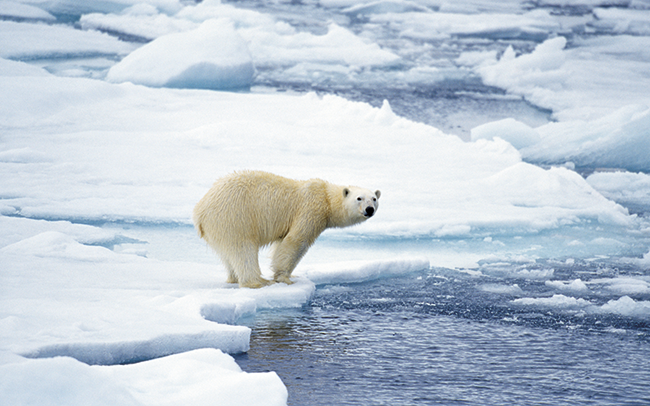 With increasing numbers of commercial ships set to travel via the Arctic in coming years, Tim Evershed examines the insurance implications

Arctic sea routes have the potential to dramatically cut voyage times between Europe and Asia, with the Northern Sea Route (NSR) reducing the trip from Yokohama to Rotterdam by more than a week compared to using the Suez Canal. Although at present few commercial ships are transiting through the Arctic, with only 19 using the NSR last year, that number is forecast to increase rapidly.

Steve Harris, senior vice president (SVP) in the marine practice at Marsh, says: "We haven't seen a huge increase in the volume of Arctic transportation to date but it is going to grow exponentially in the next 10 years [due to] a number of factors, perhaps most importantly of which will be the growth of the Yamal Peninsula as a major source of oil and gas. There is [also] the undeniable truth of global warming; whatever the causes behind it may be, it is going to see a reduction in the winter ice or certainly an extension of the navigable seas in the Arctic.

"President [Vladmir] Putin has announced that by 2025 he expects to see the volume using the Northern Sea Route multiply tenfold."

As well as the reduction in the volume of ice each summer, the introduction of the Polar Code, which came into force at the beginning of 2017, is also expected to help shipowners and insurers prepare vessels for the challenges that the NSR, Northwest Passage and Arctic Bridge present.

Technical issues including weak satellite communications over the North Pole; inadequate search and rescue systems; and environmental risks in protected areas make it a huge challenge for the insurance sector.

Helle Hammer, the International Union of Marine Insurance's political forum chair, says: "Insurance is there to provide cover, but we need to do this very specifically on a case-by-case basis. It is not like it's easily accessible but if it is a prudent owner, someone the insurer knows very well and makes them part of the planning for going up there, then you will get cover -- but it depends on price.

"Shipowners still need to do the planning, they still need to think about how to get spare parts and typically an insurer will ask about that. The Polar Code helps in the sense of owners being better prepared but there aren't that many vessels going up there yet."

Even shipowners that do make all the proper precautions can find themselves facing an engine failure, which is by far the most common claim that will happen in the area. The challenge then will be the remoteness and preparations will be tested as salvage vessels or even spare parts may not be available. Some underwriters will therefore insist that vessels have some sort of pre-arrangement, like a Russian icebreaker that can tow a stricken vessel.

Ice and icing are also factors and the cold temperatures can change very quickly, while the Arctic seabed is not well mapped.

All these elements make for a particularly dangerous and costly environment when there are incidents, as salvage and oil pollution cleanup operations are extremely expensive and difficult to carry out.

Ms Hammer says: "There won't be any difference in cover [to] going anywhere else in the world. You will have liability insurance capped up to $1bn. But you need your insurer to say you can go to the area and you need to be prepared.

"One of the challenges for underwriters is that they look at loss statistics to price risks and there are some new risks in this area that we don't know much about. We don't really have any big numbers on it and that means that insurers remain very cautious about this area and we need to learn more. This is still unknown territory for us."

One requirement of the Polar Code is that vessels are crewed by an experienced and properly qualified crew.
Mr Harris asks: "Where is the training going to take place? Who can teach the younger generation? Because experience is worth its weight in gold in that part of the world. There's very few that have that experience."
Other challenges include the increase in cruise ships using the Northwest Passage. Vessels carrying more than 1,000 passengers in Arctic waterways present serious concerns for insurers, as well as an evolving legal and regulatory environment in the region.
Jonathan Moss, partner and head of the transport sector at DWF, says: "Due to the particular composition of the region, the regulatory framework of the Arctic is still significantly complex: the area ties together three continents, accounting for eight different states and sea areas beyond national jurisdictions. This means that the Arctic has no single governance regime.

"Nevertheless, in the past few years, it has become evident that international law is essential for the development of consistent regulations across the Arctic and the Polar Code is testament to this need. The regulatory framework is therefore striving to achieve greater consistency and focus on common international goals, such as reducing environmental impact."