When the worst happens 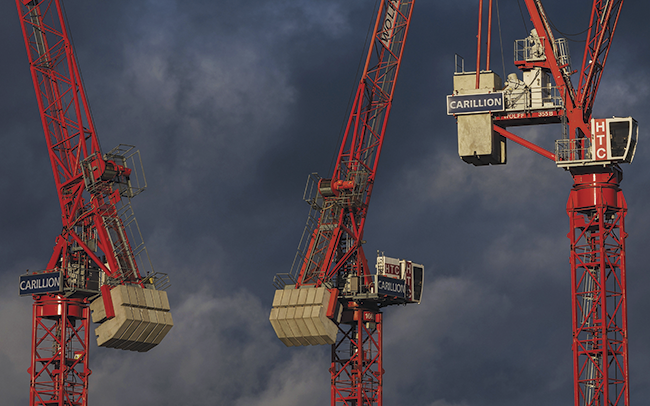 Insurance is there for the bad times and aims to put insureds back into the position they were before a negative event. However, the collapse of UK construction and servicing giant Carillion has shown there is still more to be done in selling the concept.

An estimated £31m is expected to be paid by trade credit insurers to help firms in the supply chain recover from the collapse of Carillion, according to the Association of British Insurers (ABI).

That is a huge number but it pales into insignificance against the billions that the company was worth. However, this may provide a much-needed lifeline for myriad smaller suppliers to the construction and services giant.

Trade credit insurance pays out when firms are not paid for goods or services that they provide, following an insolvency, protracted default or political upheaval. For Carillion, the suggestion has been that creditors will get a penny in the pound on what they are owed, if they are lucky. According to its latest set of accounts, Carillion was holding more than £800m in debt payments owed to sub-contractors.

But it is not just about Carillion -- other UK firms that have collapsed in recent months include Monarch, Palmer & Harvey, Multiyork and Misco, to name a few. According to the ABI, the latest figures show that, in 2016, trade credit insurers paid out £210m to businesses due to non-payment.

Mark Shepherd, assistant director, head of property, commercial and specialist lines at the ABI, says: "The demise of Carillion is a powerful reminder of how trade credit insurance can be a lifeline for businesses in these uncertain trading times."

Before these latest collapses, the ABI had found non-payment claims had already risen to their highest level since 2009.

So far, few brokers and insurers have put their heads above the parapet and given any figures on the insured losses post-Carillion but ECIC, insurer of the mid-size contracting market, is warning regional brokers that many of their customers could be facing financial difficulties and possibly failure.

ECIC is supporting calls from the Electrical Contractors Association (ECA) and the Building Engineering Services Association (BESA) to resolve the construction industry's retention issues. Peter Aldous, MP for Waveney and longstanding champion of SMEs in industry, had introduced a draft Bill to parliament in January, which seeks to amend the 1996 Construction Act to ensure retention money is held in a deposit protection scheme -- avoiding just this kind of situation. The ECA and BESA are calling on the government to actively support Mr Aldous's Bill on retentions and ensure it is allocated enough parliamentary time to progress.

And just before the Carillion collapse, the British Insurance Brokers Association (BIBA) had launched a new scheme for trade credit insurance through CMR Insurance Services.

BIBA head of technical services Mike Hallam says: "For members, this provides access to a class of insurance that can be invaluable to businesses. There is no question that there is a need for this type of insurance. Christian Hoy, managing director of CMR, says: "There are always risks associated with trade and taking steps to protect cashflow is a wise precaution in any economic environment. In today's challenging marketplace, the risks are heightened and this cover is more necessary than ever during these unpredictable and uncertain times."