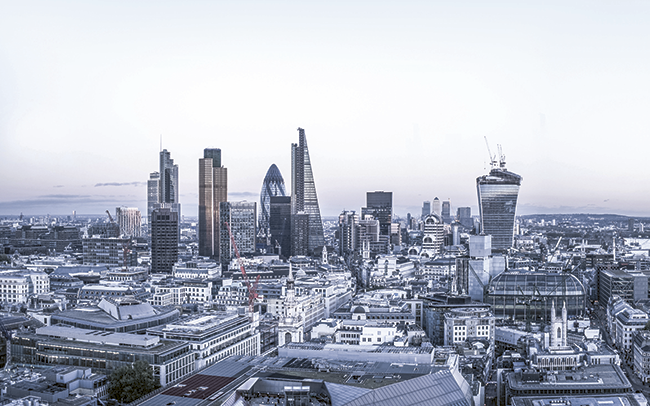 According to recent research, despite the Brexit effect London remains the top destination for financial services.

UK financial services companies are increasingly bringing their offshored operations back to home nations as companies are being affected by rising costs and lacklustre service in offshore regions, according to Robert Half Financial Services.

It claims that, despite the UK's imminent departure from the EU, London remains the world's number one financial centre and this increased level of onshoring could lead to more jobs being created in the financial services sector.

In 2012, the industry is reported to have employed about 1.2 million people (about 4% of the British workforce).

The latest research has found more than half (59%) of the UK's financial services executives have increased their level of onshoring -- transferring offshored business operations back to the UK -- in the past two years, compared to just 4% who have decreased their onshoring activities.When asked why, 64% of financial services executives referred to service quality complaints while 54% referred to the increase in costs -- indicating both a cost and quality factor in determining operations being brought back to the UK. The skills shortage (53%) and a lack of efficiency in the offshored regions (37%) are further cited as key reasons for transferring offshored business operations back to the UK.

In an indication that offshoring is not just about costs, but also a matter of dealing with the working environment in the UK, nearly half (44%) of financial services executives would consider shutting down offshore activities and returning their operations to the UK if the work was carried out more efficiently. In addition, 34% would consider the same if they could find the right skills and expertise available locally.

Onshoring can result in tangible benefits for UK companies. Almost half (44%) of the UK's financial services leaders who have returned business activities to the UK said it has resulted in increased service quality, followed by increased customer responsiveness (42%), increased focus on the core business (41%) and an increased focus on innovation (38%).