The shape of youth 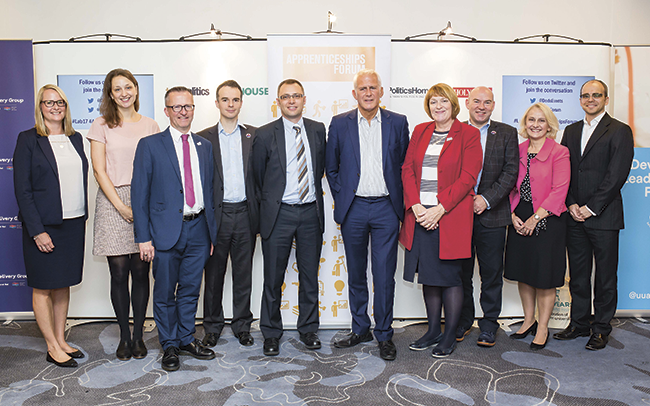 Lawrence Finkle reports from the recent Conservative and Labour party conferences, where the CII again shaped the apprenticeships debate.

Although it was a car crash keynote speech from the Prime Minister and the sycophantic chants to the tune of 'Seven Nation Army' greeting the leader of the opposition that generated headlines from the political party conferences, the Chartered Insurance Institute (CII) continued what has become its traditional participation at the annual summit of both the Conservatives in Manchester and Labour in Brighton, by co-hosting the Apprenticeships Forum fringe event.

The pledge to "support three million new apprenticeships, so young people acquire the skills to succeed" contained in the Conservatives' manifesto for the 2015 General Election was met with enthusiasm from all sectors, desperate to address skills gaps and sluggish productivity growth in the UK economy. From April 2017, all firms in the UK with an annual payroll of more than £3m were to be subject to a compulsory levy to fund a reinvigorated national programme of apprenticeships -- with the aim of delivering the government's target of three million new apprenticeships by 2020 and encouraging employers to invest in training.

It was only following intervention from the CII that the government decided professional bodies were to be central to its implementation plan to reform apprenticeships, alongside employers and higher education providers. As a standards body bound by a Royal Charter, the CII has a duty to galvanise the insurance profession to lead in accessing the skills of the future. This, coupled with extensive expertise in devising training and qualifications to meet the needs of firms of all shapes and sizes in the sector, and the focus of the CII's newly elected president Inga Beale on attracting, developing and retaining talent, means the CII is also perfectly placed to partner government to deliver the new apprenticeships programme.

What the party conferences confirmed for us is that there is a strong consensus on the value of apprenticeships across the political spectrum, particularly against the context of a feared exodus of EU nationals creating a skills shortage post-Brexit, the spectre of automation replacing a significant number of jobs in the UK economy during the next couple of decades, and the potential for apprenticeships to increase social mobility and address regional economic disparities. With the creation of a dedicated ministerial brief for apprenticeships and skills further demonstrating the government's strong commitment to driving the agenda, we had the opportunity to question the new minister Anne Milton and the chair of the Education Select Committee, Robert Halfon, at the Conservative conference, as well as shadow minister for higher and further education Gordon Marsden at the Labour conference, on the respective parties' plans to support small and medium-sized businesses (SMEs) secure the apprenticeships they need. This reflected our concerns that many smaller employers are struggling to find provision, with providers naturally focusing on larger levy-paying firms.

The lack of support for SMEs is of particular relevance to insurance and financial planning where historically, good numbers of apprenticeships have been trained. It is one of a number of unintended consequences the CII has warned of in relation to the levy, where money from existing successful employer programmes could be potentially redirected into a skills fund that can only be spent on one form of training, and where the target of three million new apprentices by 2020 runs the risk of making apprenticeships a numbers game. Whereas it is quality rather quantity that matters when it comes to skills training. 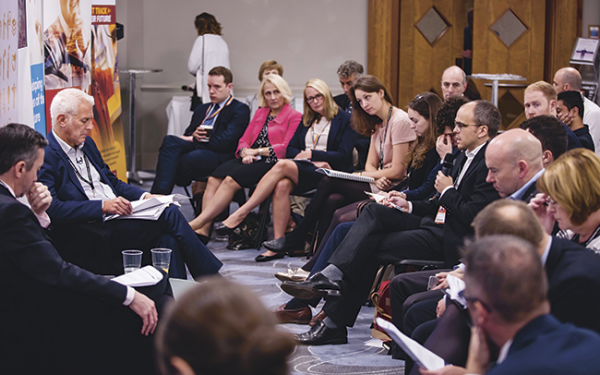 Bearing in mind the turnover of skills ministers during the past few years, it was reassuring to hear that a future Labour administration would not "tear up" the reforms brought forward by the government to date and that the shadow minister echoed the sentiment that SME access to training provision within the new framework is indeed "crucial". He went on to describe the current tender process as "chaotic" and a "fiasco" and described the government's plans to allow 10% of the levy to be spent on supply chains as a "sticking plaster". He reiterated Labour's commitment as outlined in its 2017 General Election manifesto to protect the £440m apprenticeship funding for non-levy employers, and called for better support for the currently under-resourced Institute for Apprenticeships -- the body formed by the government that the CII has worked with to design high-quality standards in insurance. He further praised the "fantastic work that professional bodies do in this area".

At the Conservative conference, the new apprenticeships and skills minister recognised the importance of SMEs in delivering the programme, and further acknowledged that although the great achievement of the reforms to date was to focus minds and resources on the skills shortages that exist, the levy itself still needs to be fine-tuned in order to be flexible enough to give such businesses the financial support they needed. The Education Select Committee chair argued that it was not the funding that was in fact the problem, but the lack of knowledge among businesses about how to access it. Indeed, this is where the CII as the sector's major professional body in the public interest can help solve the teething pains present in the implementation of the policy -- by matching up the big apprenticeships providers with our register of smaller brokers to maximise the opportunities for insurance and financial planning from the renewed focus on apprenticeships, and by providing guidance and sharing best practice from across the sector.