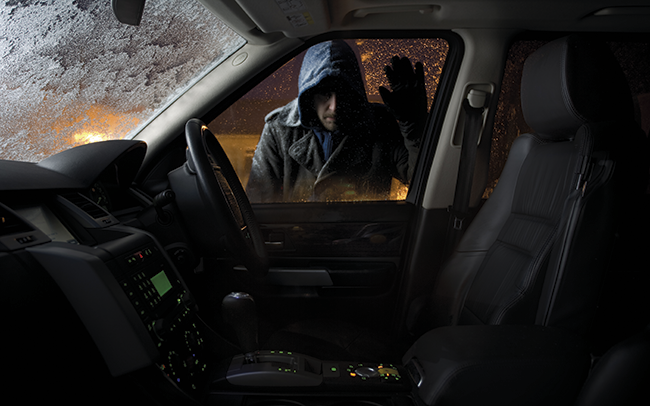 Rising costs of motor insurance appear to be having a direct impact on the numbers of uninsured vehicles on the road and the number of stolen vehicles, as we report.

Earlier this year, the insurance industry gave the government dire warnings about the soon to rise cost of motor insurance and the possible consequences.

Sadly, it looks as if some of the predictions are beginning to play out -- and the result is an increase in motor crime in all its guises.

For the first time in more than a decade, the UK's Motor Insurers Bureau (MIB) has reported an increase in the number of claims made following accidents with uninsured drivers.

Overall, from 2004 to date, the MIB has seen the number of claims against uninsured drivers reduce by more than 50%, from about 25,000 per year to about 11,000. This is as a result of the continued commitment from the industry, police, DVLA and the government to successfully tackle the problem. However, in the past 12 months alone, MIB has seen claims against uninsured drivers rise by almost 10%.

Ashton West OBE, chief executive at MIB, said: "In the last year or so, for the first time in a decade or more, we are starting to see the trend of reduction actually change direction, and we have started to see it increase. We recognise the need to understand the increase in claims further, so are currently undertaking a piece of work to explore what impact this could be having."

Reacting to the MIB figures, the Automobile Association (AA) says the news is deeply depressing but entirely predictable and avoidable.

The association had predicted this consequence, due to the 'double whammy' of the doubling of insurance premium tax (IPT) to 12% in just 18 months, as well as a sharp drop in the discount rate (known as the Ogden rate), which governs payouts for car crash injuries.

Michael Lloyd, the AA's insurance director, says: "Because young drivers are responsible for the greatest number and highest cost of injury claims, their premiums have taken the brunt of the rises.

"In the second quarter of 2017, the average quoted shoparound premium, according to the AA's British Insurance Premium Index, rose by 8.3%. Young drivers (17-22) -- who already pay more for their insurance than anyone else, saw their premiums jump by 10.6% to an average of £1,771. But for new drivers, their first year's premium can be an eye-watering £3,000 or more.

"Car insurance is a compulsory purchase but with these hikes in costs, car insurance has been put out of the reach of many young drivers," warns Mr Lloyd.

"They are either putting off learning to drive at all or are attempting to drive without cover, or are choosing to get a parent to illegally 'front' the insurance for their car. Fronting involves an experienced driver such as a parent insuring the car in their name but adds a young person as a 'named' or occasional driver, even though they are in reality the main driver.

"The AA has repeatedly called for the government to cut IPT back to 6% and waive it for new drivers, especially those who use telematics or 'black box' insurance, to reassess compensation claims and do more to prohibit fraud."

Mr Lloyd adds: "I also wonder whether cutbacks in traffic police are leading more people to attempt to break the law and drive without insurance, which has led to the shocking increase in crashes involving uninsured drivers.

"Without radical government action we will just see more uninsured drivers on the roads, which in turn leads to higher premiums for law-abiding drivers and pricing young drivers out of the market altogether."

However, it is not just about more illegal drivers on the roads. Insurers are seeing an increase in vehicle thefts.

According to the latest crime figures, vehicle thefts in the UK jumped 20% in the biggest crime spike for a decade. Nearly 100,000 vehicles were stolen in the UK last year and 250,000 were broken into.

The stolen vehicle recovery expert Tracker says a prestige 4Ã4, the BMW X5, reclaimed its place as the most stolen and recovered vehicle in 2016.

However, Andy Barrs, head of police liaison at Tracker, says: "Thieves continue to target more affordable, yet popular brands, such as Ford, Vauxhall and VW models, which were stolen in even greater numbers. In fact, 27% of all vehicles recovered by Tracker in 2016 were valued at less than £5,000, including a VW Golf worth £400.

"If people think their car isn't worth enough for thieves to steal it, think again. Three out of four stolen cars we recovered were worth less than £20,000. Overall though, our research shows that it doesn't matter where you live or what you drive, as car thieves will target anything they can move on to make a profit."