Land of the rising yen 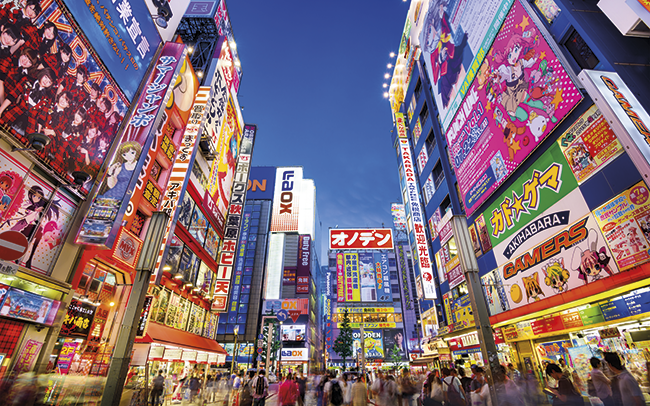 'Abenomics', the term used to describe the economic policies advocated and implemented by the Japanese Prime Minister Shinzo Abe, has not been short of its critics and at certain points in Mr Abe's premiership, these critics have been able to point to lacklustre growth and inflation as validation for their scepticism. However, since 2016 growth has strengthened as a weaker yen and stronger global economy have boosted demand in the economy. Encouragingly, the composition of growth is exhibiting greater sustainability and diversity.

Of the three arrows, monetary policy has been the most actively used by the government and central bank. The Bank of Japan's -0.1% base rate (already one of the lowest in the world), coupled with its quantitative easing programme means the financing environment for the Japanese corporate sector is very accommodative. It is hoped that this environment will stimulate the investment from the corporate sector required for the economy to reach a stable equilibrium where inflation reaches the Bank of Japan's 2% target.

Japan's economic growth in the second quarter of 2017 was recorded at an annualised rate of 4.6% and demonstrates that monetary policy could be having the desired effect. Encouragingly, this growth was balanced with business investment and domestic consumption making strong contributions to the impressive growth figures, as well as the more traditional channel of net exports.

Business investment grew strongly during the second quarter, expanding by 2.4%. This followed a first quarter where investment in the non-financial sector was 4.5% higher on a year-on-year basis.

The index is a forward-looking indicator of confidence in different economic sectors so this is a positive signal for the prospects of sustained growth in investment in the economy.

Higher levels of confidence in these sectors are likely to translate to sustained growth in capital expenditures from the corporate sector. For commercial insurers and brokers, particularly in property, this should increase demand for commercial property policies as the net accumulation of capital by firms will increase.

Japan's non-life insurance penetration stood at 1.67% in 2015; this was lower than a number of similarly developed economies, including: the US (3.49%), the UK (3.37%) and France (2.64%). When one looks further into the data, one finds that motor insurance penetration in Japan is comparable to these other markets but it is in the property and liability lines that Japan lags behind its peers.

The lower levels of penetration in the Japanese market do reflect opportunities for insurers to enlarge their books and enrol more of the corporate sector into using the risk management and risk-smoothing benefits of insurance.

The construction industry in Japan registered a +48 rating on the aforementioned Tankan index. This strong showing is in large part attributed to the infrastructure spending that is a result of Japan hosting both the Rugby World Cup 2019 and the 2020 Olympic Games.

Timetric's Construction Intelligence Center estimates in its most recent outlook, that the Japanese government has allocated ¥986.6bn ($8bn) to infrastructure spending for the Games.

The Olympics and Rugby World Cup will increase visitors to Japan and boost demand for travel insurance.

A survey conducted by the Japan Tourism Agency which found that about 30% of people who visit Japan do so without travel insurance, demonstrates that Japanese travel insurers could capitalise on the underinsurance of inbound tourists.

There is evidence that Japanese non-life insurers have already taken action to expand their offerings in the travel insurance space. Agreements between insurers including Mitsui Sumitomo Insurance and Aioi Nissay Dowa Insurance with travel and hospitability firms located in Japan are becoming more popular, along with more easily accessible direct digital offerings to tourists. 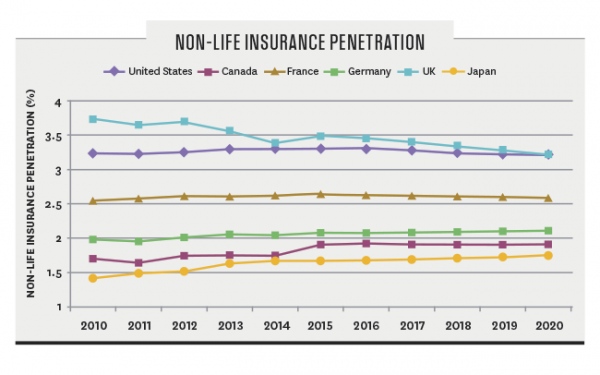