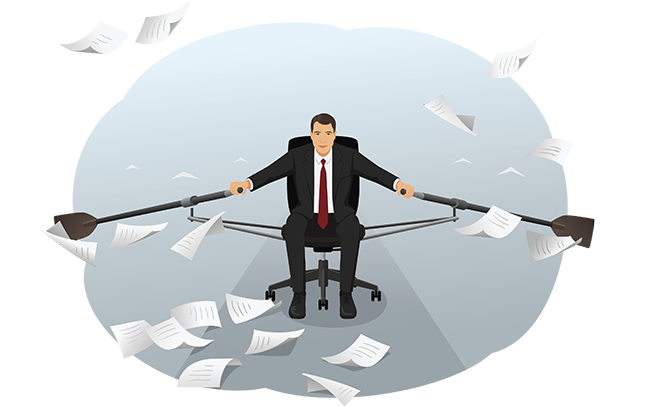 But now the picture could get much worse. The experts are warning the unknowns surrounding so-called hard Brexit, dwindling job security, increased regulatory scrutiny and long working hours are taking a toll on the mental health of those working in the City's financial sector. The global financial crisis, the resulting meltdown, and the subsequent disruption as financial institutions have by necessity undergone rapid cultural and structural change, have pushed City stress levels into the stratosphere.
Estimates for the impact of Brexit vary but the most sobering is a warning that in total more than 230,000 jobs could be lost. "Work-related stress is epidemic but many forward-thinking employers are tackling the issue responsibly, adopting comprehensive or full-service wellbeing solutions that include access to counsellors, mental health advice and stress-relieving activities like yoga or gym memberships," comments Brett Hill, managing director for Th e Health Insurance Group.

YouGov surveyed 20,000 people in work across the UK and found that 77% of employees said they had experienced some kind of mental health problem. Tellingly, 56% said their employers took no mitigating action. Similarly, in a survey among decision makers at financial institutions, about 70% said they would not notify their bosses if they had a problem, believing an admission of anxiety or mental health issues could damage their career prospects. Many more cases go unreported. Mr Hill continues: "The support systems are in place but attitudes and culture can still seem less than compassionate, so it is vital that employers ensure they have an effective strategy in place, particularly for mental health and stress.

THE HSE HAS LAUNCHED A SERIES OF STANDARDS TO HELP EMPLOYERS

The management standards define the characteristics, or culture, of an organisation where the risks from work-related stress are being effectively managed. They cover six areas of work design that, if not properly managed, are associated with poor health and wellbeing, lower productivity and increased sickness absence.

These include:
â Demands -- issues such as workload, work patterns and the work environment
â Control -- how much say the person has in the way they do their work
â Support -- the encouragement, sponsorship and resources provided by the organisation, line management and colleagues
â Relationships -- promoting positive working to avoid conflict and dealing with unacceptable behaviour
â Change -- how organisational change (large or small) is managed and communicated in the organisation.