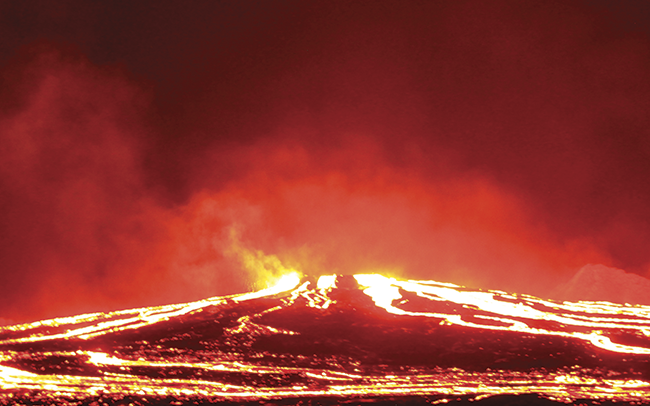 Volcanoes have always attracted people to live nearby and farm the fertile soil surrounding their slopes. Major communities have grown up in their shadows and today almost one billion people live within 150km of volcanoes. But the close proximity of volcanoes to the world's largest cities poses a serious threat.

Although volcanic eruptions are rare events, recent decades have seen a steady stream of reminders of their power and risks. The second largest eruption of the 20th century occurred at Mount Pinatubo less than 100km from the Philippine capital of Manila, while the ash cloud from Mount St Helens crossed the US from west coast to east. Elsewhere, a volcanic eruption destroyed Plymouth, capital of the Caribbean island of Montserrat, while Iceland's Eyjafjallajokul caused huge disruption to European air travel.

Despite these incidents, volcanic risk remains the poor relation of the natural catastrophe world in the eyes of both the insurance industry and the wider population.

"We haven't had a major eruption that has impacted on a major city in modern times. The closest was Mount St Helens in 1980 when ash fell on west coast cities, but that was minor," says Professor Bill McGuire, Aon Benfield UCL Hazard Centre.

However, a recent absence of volcanic activity does not mean it won't happen in the near future.

Mr McGuire says: "Naples has not one, but two, volcanoes -- Vesuvius to the east and Campi Flegrei to the west. Vesuvius has gone nearly 70 years without an eruption so a moderate eruption there at any time would be no surprise. Campi Flegrei is swelling, subsiding and constantly restless.

"Tokyo has Mount Fuji, which was a bit restless in the early part of the 21st century, but is quiet at the moment. Mount Fuji hasn't erupted since 1854 and if you look at the record there has been an eruption every 70 or 80 years."

And although these cities are far from the only ones at risk of an eruption (see chart) many people remain unaware of the risks.

"A lot of people are not even aware that they're living on, or near, active volcanoes, so if the awareness isn't there among the population, are they likely to buy an insurance policy to cover the threat?" asks Catherine Tillyard, Aon Benfield Analytics.

"There are a large number of different hazards that could occur at a volcano. One of the tricky aspects of volcanoes, particularly from an insurance perspective, is that you don't necessarily find all these hazards at every volcano; you don't necessarily see them all during one eruption and some of them occur without an eruption," she adds.

Earlier this year, Swiss Re released a global volcano model for the (re)insurance industry. The reinsurer says it is the first exposure-based, probabilistic volcano model. The model covers the entire globe, assessing the risks of 508 active volcanoes.

The model also focuses on the loss potential from volcanic ash fall, because this is the hazard with the most widespread impact.

"Swiss Re's probabilistic volcano model offers the same benefits as other natural catastrophe models. As it is exposure -based, it allows to quantify the risk for individual locations -- to identify exposure clusters in existing portfolios and for clients to manage their capital effectively," says Patrice Tscherrig, earthquake expert, cat perils at Swiss Re.

Mr McGuire says: "It is always difficult to get the risk probabilities right when the eruption record is probably not that good. If a volcano erupts every couple of thousand years, then you don't have much to go on in terms of frequency.

"It is nice to see a model that includes volcano risk available to the market at last, even if it is confined to ash and it is a first server model that will be refined in the future."

However, the (re)insurance industry is still bundling volcano risk together with earthquake risk when offering coverage, which could lead to problems.

Mr Tscherrig says: "In general, volcanic risks are covered along with earthquake risks in insurance and reinsurance policies. Products that protect businesses and homeowners against the threat from earthquakes are also suitable (and available) for volcanic risks. However, in many countries, even developed insurance markets, there is a large protection gap in regard to earthquake and volcanic risks."

Swiss Re's model is one step in educating the industry about the risk posed by volcanoes. Another is the CII-accredited Natural Hazards for Insurers postgraduate certificate offered by University College London, as volcanic hazard and risk forms a key component of the course. 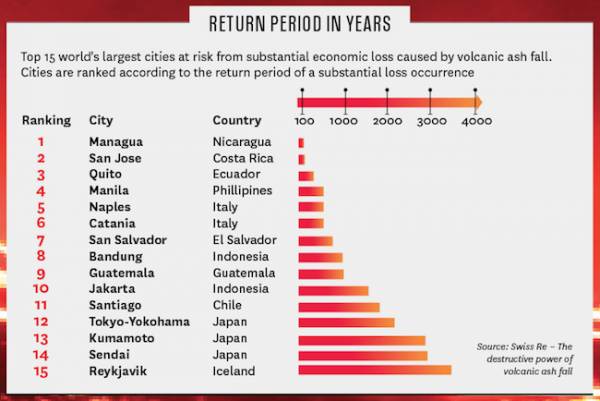