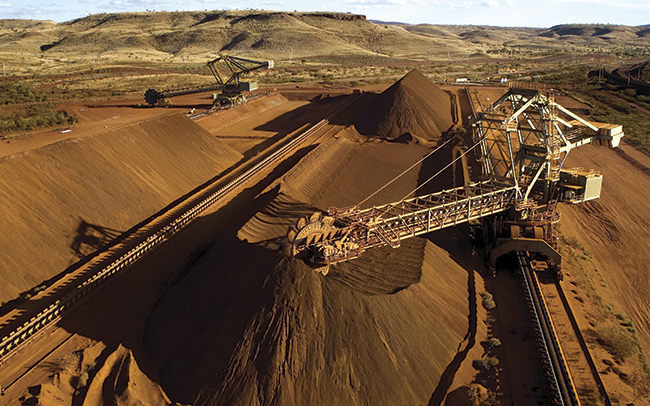 Timetric's Jay Patel takes an in-depth look at the economic situation down under.

The fortunes of the Australian commercial insurance market are heavily influenced by the prospects for the country's large mining sector, which contributes 6-7% of GDP. The recent political row over whether a project by the Adani Group -- an Indian conglomerate with interests in mining and energy -- to build one of the largest coalmines in the world, should be subsidised by the state government, exemplifies the trade-off between the environment and the economy that many countries with large endowments of minerals and fuels face over the long term.

However, over the shorter to medium term, the subject of greater concern for insurers reliant on mining related activities is the outlook for commodity prices, which
are crucial to so many project investment decisions.

According to the Observatory of Economic Complexity, coal -- along with iron ore and gold -- makes up approximately 42% of Australia's exports. Australia, due to its strong institutions and stable political environment, has been able to avoid the natural resource curse that plagues so many countries endowed with substantial reserves of fossil fuels and minerals. Nevertheless, economic growth does depend a great deal on the global commodities market, which in recent years has endured a prolonged slump followed by a weak recovery, which in large part was down to a slowdown in Chinese industrial activity caused by a combination of excess capacity due to overinvestment in the preceding decade a desire from policymakers to accelerate its transition to a consumption-led economy.

These fluctuations in global commodity prices fed their way through to the commercial insurance market in Australia through the investments being held back or cancelled until prices reached a point where the projects offered sufficient returns. That the premium growth rate for the fire and industrial special risks and employer's liability lines of business in Australia followed a similar pattern to that of commodity prices during the same time period supports this theory. Although it must be said other factors such as the implementation of the carbon pricing scheme in Australia midway through 2012 would have also negatively affected demand for insurance in these lines over the time period. 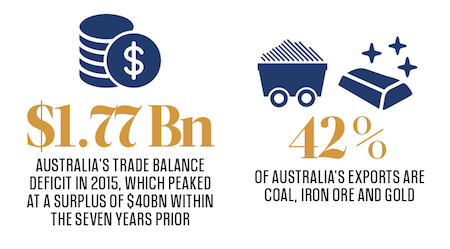 Higher commodity prices tend to act as a constraint on the growth of capacity in the market. The rise in resource prices acts to increase the sums insured of policies written by commercial insurers. Faced with the possibility of larger pay-outs, insurers tend to look to reduce their exposure to certain risks or completely move out of these risks altogether. This leads to increases in premiums for property and business interruption policies for mining clients as demand increases and capacity fails to rise commensurately (or in some cases contracts).

As commodity prices fell during 2014 and 2015, capacity increased as insurers regained their appetite for writing policies as the sums insured trended downwards. Meanwhile mining companies, having seen their profitability torpedoed by the global surpluses of their products, streamlined their operations which had adverse effects upon demand for related insurance products.

Interestingly, in the most recent Mining Market Update by insurance broker Marsh, the prediction for average rate renewals in the Australian market fell from 5%-10% to 0%-5%. Part of this is explained by the recovery in global commodity prices from the trough of 2014-2015. In addition to this, are more idiosyncratic factors such as smaller and more niche lines of business beginning to reach the maximum underwriting limits.

Australian Prime Minister Malcolm Turnbull, who has long been known as an economic liberal, has been following more of what could be described as a 'populist' path in recent months -- tightening up on work visas for foreign workers and introducing export controls on liquefied natural gas. While these headline policies cannot be described as business friendly, there was better news in the federal Budget, which was announced on 9 May 2017.

The budget provided for an additional AUD20 billion of capital expenditure in transport infrastructure using a mixture of financial measures, through a combination equity and debt investments. The most eye-catching of the projects announced was the commitment to fund the construction of west Sydney airport, while there were also announcements pertaining to the improvement of the country's railway network.

Infrastructure programmes bring obvious benefits for insurers and brokers due to the wide range of sizable risks associated with them. However, government programs can be subject to greater political risks and do not have the same urgency as private projects, so their impact on the bottom line performance of the commercial insurance sector is likely to be felt over the medium to long term. 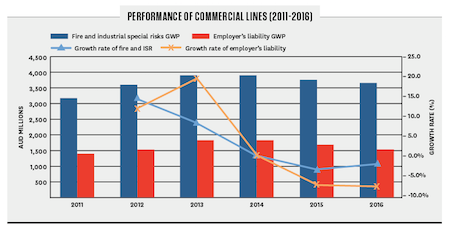