Stand back from the edge 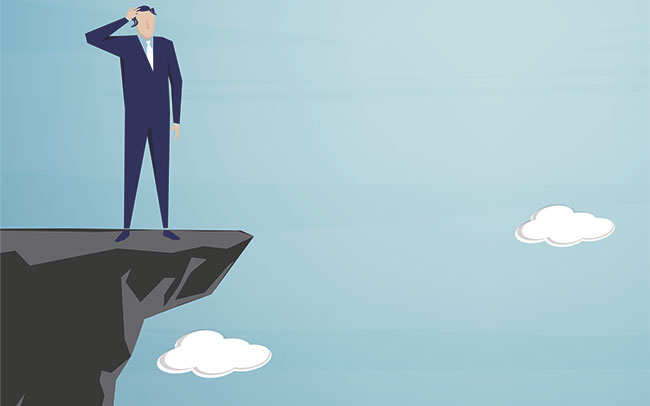 In its latest member survey, the CII warns against the Brexit 'cliff edge' as confidence in the UK economy plummets across the insurance profession. Lawrence Finkle reports.

Cometh the hour, cometh the plan. After months of "Brexit means Brexit" and "red, white and blue Brexit" soundbites, on 17 January 2017 Theresa May finally revealed her government's 'Brexit blueprint' -- 12 negotiating priorities and the four key principles driving them, ahead of divorce talks with the EU that are set to commence by 31 March.

Although the speech contained few genuine surprises, it was nonetheless the first substantial disclosure of the government's negotiating objectives. That the Prime Minister made the provision of certainty "where possible" her number one objective, was an acknowledgement that the days of the government insisting there would be no running commentary or no cards on the table could no longer continue.

CII statement in response to the Prime Minister's speech of 17 January: Our report warns of a widening wall of nervousness forming among businesses and professionals on the impact of leaving the EU. Economic confidence across the insurance profession is at its lowest level since 2011 and nearly half (48%) of those working in insurance expect the economy to deteriorate in 2017.

The speech by the Prime Minister about forging a new UK-EU partnership put "building certainty where we can" as principle number one; we think her final objective of asking for a "phased implementation" period following negotiations seems to partly deliver that.

Although the government has not offered the defined transitional period that we were asking for, it has acknowledged the risk of an economic and legal "cliff edge" and the impact it could have, proposing a "phased period of implementation" to give firms that much needed breathing space to consider what the new EU-UK partnership could mean for them. However, she neglected to mention anything about time limits.

On balance, Theresa May's speech seems to be a step in the right direction to offer the market much of the certainty she seems to hold dear.

This greater clarity was long overdue and welcome. As the Prime Minister was set to deliver her much anticipated keynote speech, the CII published the results from its economic outlook and Brexit survey -- highlighting a dramatic fall in confidence in the future of the UK economy throughout the insurance and financial planning profession. Economic and business confidence among the CII membership had dropped off a 'cliff edge' (see Figure 1) in the greatest one-year fall since records were first collected -- to the lowest levels since 2011. 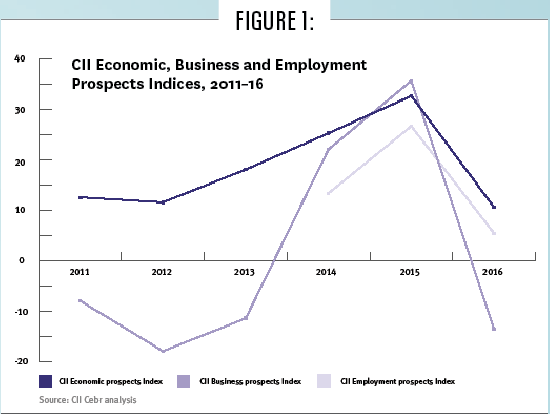 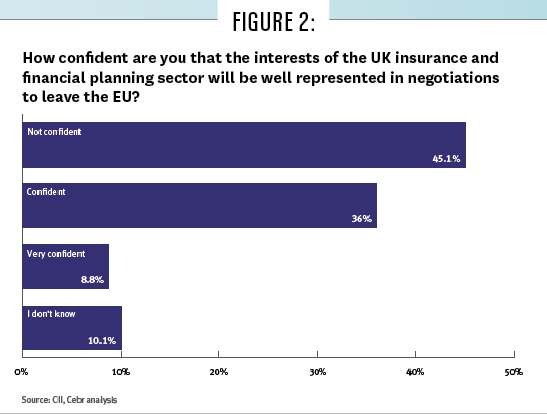 The figures are stark: almost half (48%) of members surveyed expect the UK economy to deteriorate during the next 12 months, nearly 10 times higher than a year ago (5%). Only 23% of members expect the economy to improve in 2017 -- a significant reduction from 67% in the previous survey. Worryingly, in the context of the government's approach to engagement with key sectors in the economy, Figure 2 makes it clear that nearly half (45%) of CII members surveyed are not confident that insurance and financial planning will be represented in negotiations to leave the EU.

Unlike other economic temperature checks conducted elsewhere since the referendum at manager, director and chief executive level, the CII survey -- with almost 4,000 respondents -- expressed a sentiment representative of all levels of seniority, from junior staff to established senior leaders. It was not simply a City of London concern either -- only 25% of members surveyed worked in the capital.

Perhaps this sharp downturn in economic and business confidence was unsurprising, set against the backdrop of unprecedented political turmoil at home, on the continent and across the Atlantic, described elsewhere in the report. But until Theresa May's speech of 17 January, had the government done enough to mitigate the uncertainty that has clearly clouded the expectations of CII members about the direction of the UK macroeconomy? It is no coincidence that CII members attached by far the greatest priority to 'general economic certainty for planning', 'the UK government's full appreciation of the needs of the insurance and financial planning sector', and 'securing a transitional arrangement between leaving the EU and what replaces it to ensure business continuity' as objectives for their firms and the sector when approaching negotiations.

In fact, whereas there is a discrepancy in the priority attached to different factors according to sub-sector, it is the desire for 'general economic certainty for future planning' that unites the profession (see Figure 3). 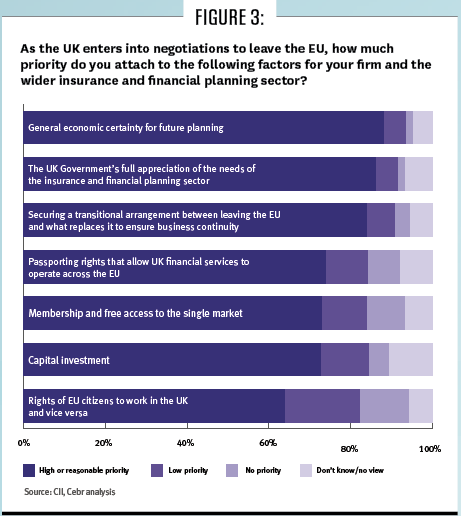 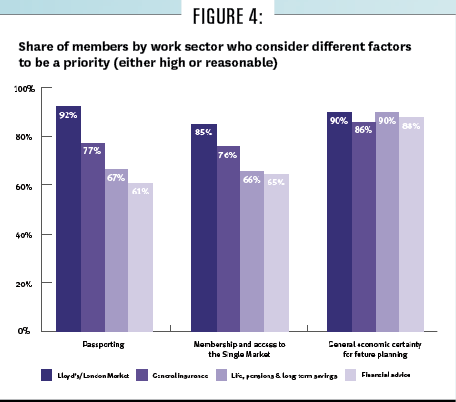 Those listening closely to the off-the-cuff remarks or personal musings of ministers may have managed to construct a vague outline of the government's direction of travel, but to the public and much of the business community this lack of a defined negotiating position formed a gaping void of uncertainty.

At the CII, we voiced major concerns over what this drop in economic confidence across the insurance and financial planning sector might mean for the consumer, and questioned the government's decision to refrain from making any substantial disclosure of the UK's negotiating objectives so far. We called on Theresa May to make an early commitment to a transition arrangement, to bridge the transfer from the UK's membership of the EU to its new trading relationship outside of the bloc, in order to provide conditions for as much business continuity as possible for the sector.

We argued that publishing proposals over what form transitional arrangements should take before beginning negotiations -- and making obtaining them an early and important objective once negotiations have commenced -- would discourage our members from pre-emptively restructuring, relocating or at worst sacrificing operations based on a worst-case scenario -- all outcomes that would be detrimental to the livelihoods and businesses the sector protects.

So, when the Prime Minister announced on 17 January that a "phased process of implementation -- seeking to avoid a disruptive cliff edge", to give financial services enough time to plan for the new legal and regulatory frameworks, was indeed a priority for the government approaching negotiations, we certainly welcomed it. The precise nature of the interim arrangements will be a matter of negotiation, of course -- as will the outcome. But the assurances provided in the speech will go some way to calming the nerves of a sector that, with less insight -- if the drop in economic confidence is anything to go by -- might otherwise implement contingency plans prematurely and unnecessarily, to ensure a continuity of service to customers in the UK and EU.

CII members will hope that the Prime Minister's most complete account yet of her objectives represents a departure from the government's official strategy of silence. Many of the implied positions are now thankfully explicit. We and the other bodies representing the sector will continue to press for the government to resolve as much as possible at the beginning of the negotiation process, to minimise the uncertainty for firms most affected by the loss of automatic single market access, and to ensure that the now promised implementation period is sufficient to give highly regulated industries such as insurance enough time to plan and adjust to a new relationship with the EU.

â The CII member Economic Outlook and Brexit report can be downloaded at: www.cii.co.uk/44415