The state of the US 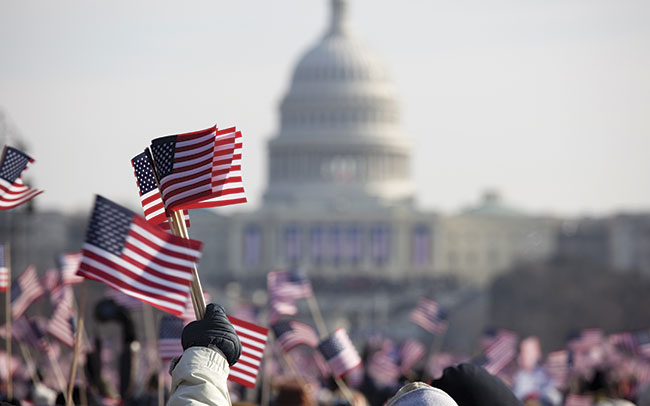 With the US entering a period of political change and uncertainty not seen in a generation, Jay Patel looks at the potential implications for the national insurance market.

We will build new roads and highways and bridges, and airports and tunnels and railways all across our wonderful nation." This quote may not have been the most eye-catching or momentous part of Donald Trump's inauguration speech, but it was likely to have been music to the ears of commercial insurers in the US.

Both economists and politicians have pointed to the poor condition of infrastructure in the country as a constraint on economic growth. Therefore, President Trump's enthusiasm for solving this problem has positive implications for insurers and brokers, who are in a position to sell the range of construction and liability insurance policies required when embarking upon these projects.

However, there are substantial hurdles to the bold rhetoric on infrastructure translating into a substantial increase in activity for insurers.

Firstly, the Trump administration is taking the pragmatic approach of prioritising projects that are far enough along in engineering, approval and construction, so that any money deployed would feed through to the economy quickly. In this instance, many aspects of the insurance needs of the project would have already have been met, thus reducing the potential size of new business activity for commercial insurers. A look through the draft list of 50 projects Trump's administration put together during the transition period proves this, with a number of projects having already completed the engineering and approval stages.

Secondly, one of the main reasons that infrastructure in the US has been allowed to reach its current state, is gridlock in Congress. Republicans still control Congress and present President Trump with a problem in terms of securing financing for his proposed trillion-dollar investment in infrastructure. Although in theory congressional Democrats should support his plans, he will need substantial support from within his own party to pass any bills that would measure up to his campaign promises on the subject.

A majority of senior republicans is of the view that in light of the $305bn transport infrastructure bill passed in November 2015, a bill of similar or larger size would be imprudent in light of the Federal government's fiscal position. During a press conference on 12 December 2016, Mitch McConnell, majority leader of the Senate, told reporters: "It will be interesting to see how this is put together, I hope we avoid a trillion-dollar stimulus." 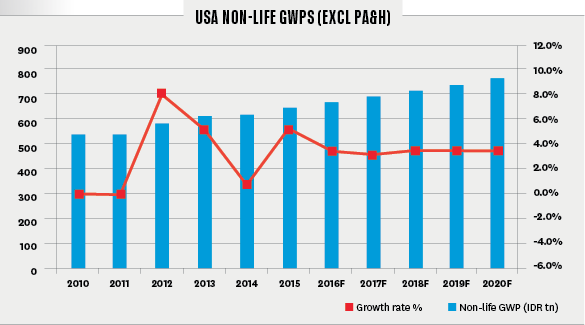 On 20 January 2017, chief of staff Reince Preibus sent a memorandum to the heads of executive departments and agencies ordering a freeze on regulatory rulemaking for 60 days. This is not an uncommon move for a President whose immediate predecessor governed for an opposing political party; but it is an unmistakeable change in the approach of these executive departments to financial regulation.

Unlike infrastructure spending, regulation of the financial industry is an area in which the interests of President Trump and congressional Republicans are closely aligned. While banking felt the impact of the Dodd-Frank Act more than insurance, the Act did lead to increased Federal oversight of insurance, with the establishment of the Federal Insurance Office (FIO) and Financial Stability Oversight Council (FSOC).

The FIO, under the supervision of the Department of the Treasury, is responsible for monitoring the insurance market and presents an annual report to the President and Congress on the insurance industry. Elements of the US insurance industry feel that the FIO creates unnecessary bureaucracy and therefore costs, for their businesses. In fact, on 22 November 2016, the Professional Insurance Agents called for the repeal of the FIO, citing "unnecessary bureaucracy" and the strength of the state-based system of insurance regulation.

With Michael McRaith having departed as head of the FIO on the day of President Trump's inauguration, it is likely that his successor will have the blessing of industry and will be less likely to move forward with initiatives such as the auto insurance affordability index, which was the subject of criticism from a number of insurers.

One of the key responsibilities given to the FSOC was the designation of financial firms as systematically important financial institutions (SIFIs). MetLife, Prudential Financial and AIG were the insurers that received this designation by the FSOC. (MetLife took legal action over this designation and the outcome of this process is still pending).

Again, there is hope among these larger insurers that a Trump administration could populate the FSOC with members less sympathetic to the 'too big to fail' narrative being applied to insurers, and would therefore be more likely to vote against SIFI designation of these and other large insurers in the future, thus freeing them from an additional layer of Federal regulatory oversight.

It must be noted that senior regulators such as Ted Nickel, president of the National Association of Insurance Commissioners, have already publicly advocated the repeal of the FSOC designation process. Nickel did so at the Property/Casualty Insurance Joint Industry Forum on 17 January 2017, making the argument that a lot of the FSOC's time was spent on the designation process when it could be deployed monitoring threats to financial stability.