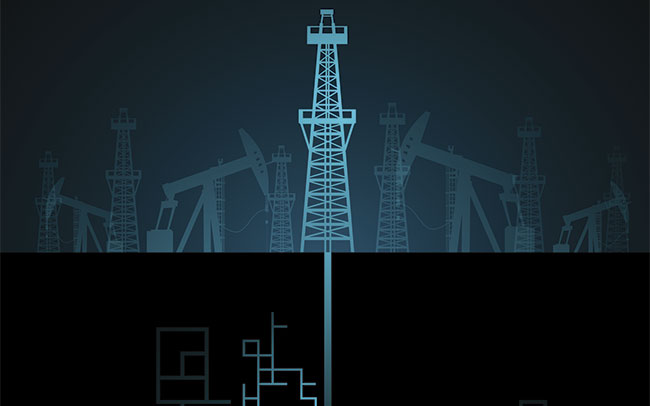 The CII's Claims Faculty New Generation Group has shone a spotlight on the issue of fracking in the UK and what its potential wide-scale adoption could mean for insurance. Ant Gould reports-¦

The term 'emerging risk' is often used for the as yet unknown implications of technology. But it is equally applicable to apparently known risks that could evolve -- and this is one of the key messages behind the CII Claims Faculty New Generation Group's report on fracking in the UK.

The group has reviewed the risks and associated perils that may arise from fracking activities and how any unforeseen incident could affect a variety of insurances; whether the insurance industry does provide appropriate cover; and if this could change in the future. The group members have focused their attention on risks related to explosion, earthquake, pollution, subsidence, riots and injury and throughout the report adopted a 'what if?' approach.

The group is not pro-fracking or anti-fracking -- and the report underlines this by featuring a welcome from both sides of that divide, namely Ken Cronin of UK Onshore Oil and Gas, and Tony Bosworth from Friends of the Earth. However, the basic question posed by the report is: what if fracking does take off in a big way in the UK and what could that mean for insurance?

At present, there are no policies that specifically exclude fracking; however, some consumers may be wary that no policies specifically cover it either. For example, if any property damage were to occur, states the report, it would in all probability be covered under the earthquake, subsidence, heave or possibly even landslip covers of a property policy. This would depend on what type of damage occurred and given the processes involved in fracking, subsidence or heave are extremely unlikely.

Progressing the 'what if?' approach, the authors look closely at earthquake, as there is still much debate on whether earthquakes can actually be caused by fracking activities. If clear geological evidence does emerge that fracking can cause earthquakes, and the earthquakes that arise in the UK are of a size and scale that damages buildings, insurers would then clearly want to limit their liability to such losses.

Under this scenario, the potential complications quickly become apparent. One way a property insurer could react to this change in understanding would be to add a specific exclusion for man-made earthquakes. In this situation, a property policy could contain a specific exclusion that would deny cover for non-natural or man-made earthquakes. Such action would cause considerable interest in the media as well as government and the introduction of such an exclusion (or the redefining of earthquake) would certainly gain considerable publicity very quickly.

If an exclusion for man-made earthquakes was added into a policy, the burden of proof on determining whether or not an earthquake is man-made would be down to the insurer. Where there are a lot of properties in an area affected by an earthquake, insurers and their agents will be keen to obtain evidence on what was the proximate cause of the earthquake and try to find a link between local fracking activities. Proving that an earthquake was a result of fracking may in practice prove to be difficult, so it may not be easy for insurers to always rely on that exclusion.

Taking this scenario a step further, if the insurer was able to exclude the claim, this would leave the consumer in a situation where they have no cover for the damage to their property and they would have to pursue a claim directly against the well operator. If the well operator did not admit liability, this could be a costly exercise if legal action was required, which could be beyond the means of a small homeowner with few assets or savings. Furthermore, any civil action against a well operator is far from certain, with the property owner having to rely on case law set of nuisance set out in Rylands vs Fletcher, which was a case relating to the escape of hazardous materials following the construction of a reservoir.

So, while existing insurance products appear to presently provide adequate cover for consumers and small businesses, and no insurers have said they will look to specifically exclude fracking, insurance policies do not specifically cover it. This means there is an area for doubt and confusion in the future -- and for the insurance market to make a sharp about-turn, or to come to different conclusions at the claims stage. Just think about the volcanic ash scenario from a few years ago -- this peril was also not specifically covered and while some insurers paid out on claims immediately, others did not.

The group make three main recommendations based on their research and core to these is that the insurance profession should be open and transparent about any risks that fracking causes: that there is ongoing monitoring of fracking and that there are appropriate discussions and forums where the industry can raise and discuss any emerging risks or issues. Tied to this is a need for the insurance industry, energy industry and government to work closely together, with the onus on taking preventative action.

Now is also the ideal time for insurers to ensure they are clear on any issues of liability in the event of a major incident and where liability will or could lie, across the various different risks. The fracking operator will have cover in place, as will many individual consumers and businesses that could be impacted by an event. With this in mind, the group recommends that the government set up a cross-industry body to try to avoid any future satellite litigation -- such as insurer versus insurer -- or coverage wars that could arise following a large fracking incident.

In other words, insurers, energy providers and government should be prepared.

Ant Gould is director of faculties at the Chartered Insurance Institute

â Insurance implications of fracking report can be downloaded now at: www.cii.co.uk