Travel Safety – Is it safe to leave home? 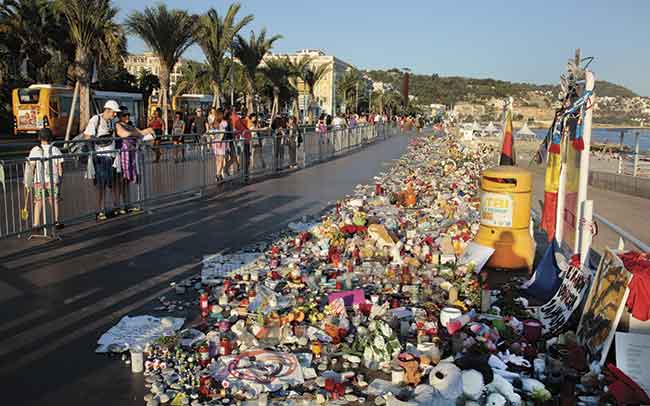 An increase in the number of so-called 'lone wolf' terror attacks is making it even harder for security agencies to prevent them. Liz Booth reports on the insurance implications-¦

As the US grapples with a series of bomb attacks and in the wake of a year of terror attacks at airports and on planes, it is perhaps no surprise that, according to recent research in the UK by International Travel and Healthcare conducted with YouGov, more than four in 10 (42%) people are concerned about terrorism affecting their travel plans.

Anecdotally, talk to people about terrorism and the view varies from those determined not to change their plans to those who would happily change their holidays entirely to avoid the risk of a terror attack.

ABC News in the US is already reporting that the recent connected bombings in New York and New Jersey and the stabbing attack at a mall in Minnesota have increased interest in how the presidential candidates would handle national security.

John Cohen, a former counter-terrorism co-ordinator for the Department of Homeland Security, says he believes the terrorist attacks that have occurred during the campaign "have a significant impact" on voters.

According to Marsh's 2016 Terrorism Risk Insurance Report, published in July: "Terrorist attacks and deaths worldwide actually decreased in 2015 for the first time since 2012, according to the US State Department. Yet fears of terrorism in the US are at their highest level since after the 11 September 2001 attacks, according to a New York Times/CBS News poll taken soon after the San Bernardino tragedy."

Back in the UK, the YouGov research showed Londoners were among the highest proportion of worried travellers -- more than half (53%) -- while only a third (32%) of those in the northeast were concerned about terrorism affecting their upcoming holidays.

The nationwide research also highlighted the misconceptions travellers have around what is currently being provided by standard travel insurance in terms of terrorism.

A quarter (25%) of all respondents believed travel insurance policies usually cover the cost of cancelling a trip if an act of terrorism has occurred, while 32% believed that it covered the cost of cutting a trip short for the same reason.

More than a third of those questioned (37%) believed that travel insurance would provide cover for delays as a result of an act of terrorism, in reality, few if any of these benefits are covered under standard travel insurance agreements.

A fifth (19%) of respondents admitted they did not know who would be responsible for covering the cost of repatriation for someone who was injured or killed in an act of terrorism, and 21% thought the UK government would pay the costs.

Younger travellers are the least likely to cancel a trip they had planned if the destination was affected by an act of terrorism, with just 58% of 18-24 year-olds stating that they were likely to cancel their plans, compared with 70% of adults aged over 24 who wished to do so.

The YouGov research showed there was an increasing need for insurers to provide financial protection for travellers against the effects of terrorism, with a total of 71% of respondents stating they were likely to purchase additional financial protection against terrorism for their holiday if the price was less than £5 for two weeks.

Kate HuÃ©t, managing director, International Travel and Healthcare, comments: "Our research with YouGov has shown that terrorism is very high on the list of concerns and is being taken seriously when people are thinking about their travel plans.

"While it is unsurprising that people are concerned about terrorism in this changing world, it is worrying that so many people misunderstand what travel insurance covers, leaving them with no financial protection should an act of terrorism occur close to their proposed destination if they no longer want to travel."

International Travel and Healthcare is not alone in developing new insurance products specifically to cater to these concerns.

Roger Lewis, deputy chairman of Thomas Miller Specialty, hails the launch of the new specialty lines products: "Kidnap and ransom is an insurance product that many of our international customers need to consider as part of their ongoing duty of care to employees travelling to, or located, overseas."

One of the challenges is in how to measure the risk but catastrophe risk modeling firm AIR Worldwide (AIR) says it has expanded the capabilities of its terrorism risk model to support scenario testing for the US and 27 other select countries, to help companies assess the impact of different attack scenarios on their portfolios and better manage their global terrorism risk.

"The AIR Terrorism Model now supports deterministic modelling of conventional weapon attacks in countries across the globe," says Shane Latchman, assistant vice-president at AIR Worldwide. "In addition, in this latest release, estimates of the frequency of attacks in AIR's probabilistic US terrorism model have been updated to reflect the current threat. Together, the updated model provides a comprehensive view of the global terrorism risk landscape."

Users can select a property from within their own portfolio, one of the targets in AIR's US landmark database, or any user-identified target and then select a weapon type, such as a truck bomb, to test 'what if' scenarios.

It has robust damage functions to help companies understand the impact on their insured exposures given the size of the blast and urban density indices. The loss estimation functionality complements existing accumulations management capabilities, including dynamic ring analysis, for property and workers' compensation exposures.

To estimate attack frequencies, the model incorporates newly updated and detailed operational threat assessments made by a team of counter-terrorism experts with decades of experience working for the FBI, CIA, Department of Defense and other government bodies. And AIR has updated its comprehensive database of potential targets to include additional US corporate headquarters, professional sports stadiums, prominent buildings and hotels. The database of more than 64,000 targets includes approximately 100 'trophy' targets associated with a higher probability of attack.

AIR has also recently integrated terrorism risk index maps from sister company Verisk Maplecroft as a hazard layer. The indices provide an assessment of terrorism risk at a sub-national level based on terrorism incident data and severity of attacks during a specific reporting period.

49 killed and 53 injured by gunman at nightclub

44 dead after a suicide attack at Ataturk Airport

24 dead after militants opened fire in a restaurant

at least 84 killed and 202 others injured by a truck

$8.2bn: About 10% of American travellers cancelled booked trips due to the recent attacks in Egypt, France, Lebanon and Mali, according to a survey by YouGov. This affected $8.2bn in travel spending.

Airlines, hotel chains and travel websites experienced drops in their stock prices after this year's airport bombing in Brussels.