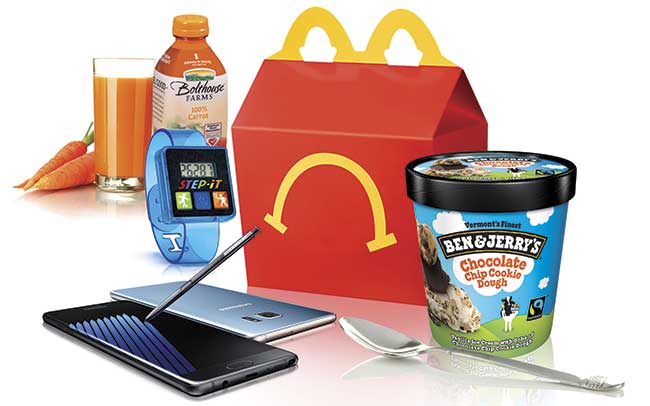 Exploding smartphones, harmful toys, contaminated ice cream, choking hazards in tinned food and furniture with a tendency to topple over on top of people have all been the causes of product recalls recently.

These cases saw Galaxy Samsung, McDonalds, Ben & Jerry's, Campbell's Soup and Ikea forced to recall millions of products at great financial cost, as well as damage to their brands.

The risk is substantial and can be financially devastating. Product recall insurance, along with contaminated products insurance, helps protect industries including food and drink, automotive, pharmaceutical and consumer durables. Without it, many companies have been forced into bankruptcy.

"The main coverage will be to cover the costs of the recall. Normally, insurers will specify the types of cost that they will reimburse. It is a pretty comprehensive list [and] the insurer will cover the costs if you need to destroy the defective stock or produce," says Andrew Redman, European casualty manager, AIG.

Samsung Galaxy now faces a lawsuit as its recall came too late to prevent a Florida customer incurring second-degree burns when his Note 7 exploded in his pocket, highlighting the need for a speedy response to safety issues.

It can be the difference between product-related losses being contained or a possible catastrophe for the brand. And, if the losses are contained, it is possible the recall can even be used as a platform to demonstrate the company's robustness and commitment to transparency.

Insureds should only take the decision to recall a product after notifying their insurer and gaining its agreement. This allows the insurer to provide access to expert advice. This could include claims protocols including a 24-hour response service and access to backup facilities to wrap around companies' own crisis response systems.

"It is vitally important that investigation and communication go hand in hand. We have seen many examples where companies have not handled recalls that well. Often, it is because the investigation is not geared to establish the scope of the recall quickly enough," says Stephen Turner, legal director at DAC Beachcroft.

The company must decide whether or not a whole product family is affected or just a particular model. It must also work out whether the problem is confined to a particular batch, a certain set of circumstances, or if it is more widespread.

"A company could needlessly recall a wide range of products where it might be a very discreet issue. There is much more credibility if in communications there is some sense that the company is in control and it understands why the problem has arisen and what they are doing to fix it," adds Mr Turner.

McDonalds was forced to recall
29 million fitness wristbands distributed in Happy Meals after dozens of children reportedly developed skin irritations. The wristbands were manufactured by another company, which is covered by the third-party recall liability portion of a policy.

This covers the financial loss incurred by third parties caused by the recall, for which the insured is liable, including first-party recall expenses and endorsements. It can also cover legal fees and defence costs for the investigation, defence or settlement of a third-party recall liability claim.

"There may be a debate between the insured and their suppliers as to who is responsible for identifying the hazards, who set the performance characteristics of a product, who specifies its composition or whatever. That can be key in terms of legal liability and fitness of purpose," says Mr Turner.

The growing number of product recalls is of course mirrored in an increasing volume of claims for insurers to settle. This has been driven by a number of factors, including consumer awareness, which has been exacerbated dramatically by the advent of social media.

It has also highlighted the number of companies that do not have any cover, or have inadequate cover, which is very large.

Mr Redman says: "Typically, most companies in the UK and Europe buy less than $50m. More sophisticated buyers will buy hundreds of millions.

"If you were to compare it to a product liability tower, you would see the limits for recall are substantially lower. Insurers are trying to get more information out there about how much coverage companies really need. The real value of this insurance to clients, particularly those with an established brand, is that recall can damage reputation [and] damage share prices very, very quickly if the recall is not managed meticulously."