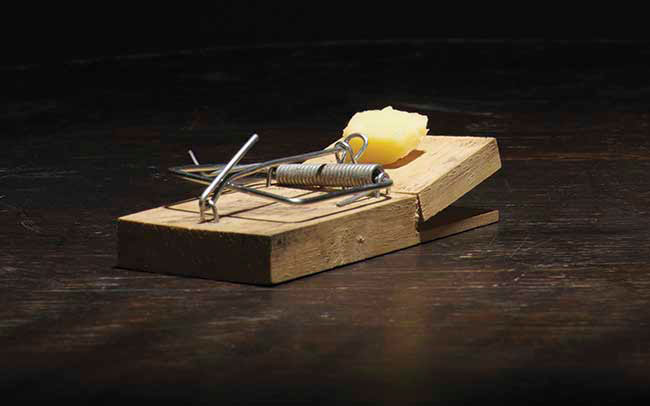 The value of identified insurance fraud fell 3% in 2015 as insurers battle to reduce the crime and its cost to honest policyholders, as The Journal reports.

Identified insurance fraud in the UK alone totalled some £1.3bn in 2015, according to the latest figures from the Association of British Insurers (ABI).

Although the overall figure was down slightly on 2014 levels, the ABI said the insurance industry's ongoing crackdown against insurance fraud is highlighting the lengths some cheats will go to in making dishonest insurance claims.

As James Dalton, ABI director, general insurance policy, says: "Insurance cheats do not lack nerve or ingenuity. The chances of getting caught have never been greater and the consequences, such as a prison sentence and difficulty in getting future insurance and other financial products, have never been more severe and long-lasting."

Ben Fletcher, director of the Insurance Fraud Bureau (IFB), says they are building new systems and working with more organisations to ensure there is nowhere to hide, regardless of what product line the fraudsters try and attack. He says: "As part of that, we have been asked by the industry to build systems that will find scams in new ways across property and liability. That will start to produce results in early 2017 and we will see the IFB double the number of new scams it identifies for the industry in the next three years."

The latest figures from the ABI follow a recent test of fraud in the UK courts. Alexander Darrah, a solicitor at Weightmans, says: "As children we are all taught that lies are not acceptable; lying is wrong and if we are caught doing so there will be severe consequences. Was this right or, was it right but only in certain circumstances?

"The Supreme Court wrestled with this question in the recent decision of Versloot Dredging vs HDI Gerling & Others, which involved an insurance claim. The conclusion -- some lies are acceptable; a decision that raises an eyebrow at the very least."

However, he says that on closer inspection, the dramatic headlines did not quite live up to the hype. Analysis of the decision showed reasoning, sense and proportionality.

In a claim for ship damage, the owners had told the insurer that an alarm that had sounded at midday could not be investigated because the vessel was rolling in heavy seas. This was the lie. The claimant argued the lie was immaterial to the claim itself as the loss was found to have been caused by the peril of the sea.

The majority decision of the Supreme Court was that the "white lie or collateral lie" did not matter because the claim was justified whether the statement was true or not.

Mr Darrah suggests: "Insurers need to be alive to the ramifications of these decisions and may wish to redraw their policies to include specific terms regarding the employment of collateral lies by their insured.

"The industry will ultimately be faced with the massive uphill task of accurately assessing risks in relation to individuals that are able to lie to them and still recover in full. There is still the possibility that the maker of the lie can be pursued for contempt -- unless the court looks to redefine that next."

Meanwhile, insurers are working to stop the fraud in the first place. Proving the power of telematics technology in tackling motor insurance fraud head-on, a pioneer of telematics-based car insurance, Insure The Box, has identified and successfully defeated a highly complex fraud ring involving 31 claims.

The case, which included seven accidents in five months and implicated five individual Insure The Box customers, featured an independent expert on telematics who the presiding Judge described as a "paradigm expert witness", supporting the weight of evidence of the telematics data.

Adrian Steele, group claims director for Insure The Box, says: "It underlines the veracity of telematics data to provide the expert evidence necessary to defeat fraudsters. Insure the Box takes a tough line on fraud and we're committed to using our telematics expertise to halt fraudsters in their tracks and to protect our honest policyholders."

As the European holiday season draws to a close, insurers are often left picking up the pieces of 'lost' luggage or 'thefts' at the beach.

According to the latest figures from the ABI, travel insurers are paying out £1m a day to cover the costs of holiday claims, such as cancellation and medical treatment abroad; insurers paid out more than £128m to cover the cost of cancelled holidays alone in 2015.

But it seems many travellers are not entirely honest with their insurer from the outset. According to new research from Boots, one third of travellers fail to disclose a medical condition or health issue for fear of travel insurance becoming unaffordable.

Meanwhile, analysis of a sample of 10,000 travel insurance claims received by Allianz Global Assistance in 2015 reveals the top 10 country destinations where UK holidaymakers subsequently made an insurance claim.

Spain took the top spot, accounting for one in six claims, with France and the US in joint second place with one in 10 claims. Overall, 43% of all travel claims were made due to holiday cancellation.

Interestingly, the UK takes fourth place in the top 10 destinations by travel claims, suggesting a 'staycation' is not mishap-free. Italy comes close behind at fifth place, with Australia, Portugal, Thailand and Greece following. Germany takes 10th place, with just one in 52 claims settled by Allianz Global Assistance resulting from plans to visit, or trips to the country.

Cheats caught Out Include

He did it for the lolly.

A man was convicted of staging fake road accidents in his Mr Whippy ice cream van. Had he been successful, he would have pocketed around £100,000.

Laughing cheats.
A gang of 19 fraudsters were jailed for between 12 and 21 months after staging a bus crash. CCTV footage showed the gang members laughing as they feigned whiplash injury, despite the footage showing that litter on the bus floor did not move during the incident.

An aircraft engineer was jailed for two years after he claimed that £189,000 worth of luggage was lost on a flight when the suitcases were shown to have been empty when checked in.

Cooking up a con.
A chef claimed for neck, shoulder, leg, wrist, back and teeth injuries following an alleged fall on a wet canteen floor. CCTV clearly showed her deliberately staging the fall.

Park and lied.
A man claimed £5,000 compensation for neck, back and arm injuries he said he had suffered following a vehicle collision in a retail car park. However, CCTV footage from the retailer clearly showed that the man was
not in his car.

Running a scam.
An enthusiastic runner was found to have made a fundamentally dishonest claim for personal injuries after his Twitter account showed him competing in a 10k road race when he was supposedly suffering from severe neck and back pain.

No ring of truth.

Claiming for her wedding ring that she said had been lost, a policyholder supplied a photo of the ring that was proven to have been taken the day after the alleged loss.

Invented death.
A man claimed on life policies of a friend whom he alleged had died in a car crash in Africa. No trace of either the friend or the accident could be found.