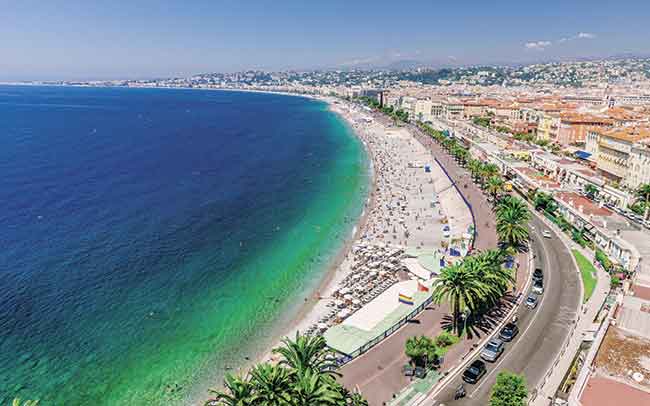 Heightened terror threat and increased risk of cyber attacks are having a profound effect on the French business community. Jay Patel examines how the local insurance market is responding.

The devastating terrorist attacks that have taken place in France during the past two years have alerted the French business community to the importance of building a sufficient amount of coverage against terrorism-related risks.

Cyber insurance, meanwhile, is another specialty risk that has gained an increasing amount of attention in recent years. This is a line that is growing as awareness of cyber risks and new European Union (EU) regulations are expected to generate demand among French companies for increased cover.

Businesses in France's metropolitan areas have suffered from lower tourism numbers following the severe terrorist incidents that have recently taken place, such as the Paris attacks in November 2015 and Nice attacks in July 2016.

Matthias Fekl, France's junior minister for tourism, last month said Paris hotels had an occupancy rate of 32% in July, compared to 77% the previous year. Meanwhile, hotels in Nice suffered a 45% fall in revenue in the two weeks after the 14 July attack.

In France, it is compulsory that all property damage insurance policies include a terrorism clause, with standalone policies available to buy for those who desire greater coverage.

Smaller and medium-sized businesses are more vulnerable to the local economic downturn that can follow terrorist attacks, as they tend to be underinsured compared to larger hotel groups and entertainment venues.

As a result of these market dynamics, it is expected that pricing in this line will increase during the next few months. However, it is worth keeping in mind that the presence of Gareat -- the state-backed terrorism insurance pool in France -- acts to ensure that constraints on capacity do not make this line of insurance unaffordable or extortionate for businesses.

Cybercrime is another growing problem in France, as more business and data move online. The slow-moving nature of lawmaking in France arguably makes cybercrime increasingly attractive, as the technological capabilities of hackers exceed the responsiveness of the legislative process.

However, there has been a response from the EU, with the adoption of the General Data Protection Regulation (GDPR) on 27 April 2016. The directive will enter into application on 25 May 2018. Aon France cites the introduction of the directive as a reason for increased interest in cyber lines: "The level of potential fines which will-¦ be imposed under the European directive has-¦ served to focus minds."

Aon France's view of the market is that it is "competitive and growing". It says: "Capacity for specific cyber insurance currently stands in excess of €250m in the French market. New players are entering the market, often as excess players and with small initial capacities (€5m-10m)."

A number of commercial insurers have also launched cyber insurance products in France, in response to growing awareness of this risk:

According to information from the XL Catlin, the latter product covers: "The risks associated with data management, data safety, the impact of a network breach and the various costs that may derive from a cyber incident, using a combination of third-party liability and first-party loss coverages."

Anne-Sophie Brichard, underwriting manager for liability at XL Catlin, comments: "Between 2014 and 2015, the number of cyber-related incidents in France increased by 51%. And interestingly, the targets of attacks have changed over time as global corporations are no longer the main victims. Nearly 60% of reported cyber incidents target mid-sized companies."

There are still constraints on growth within the market. According to Olivier Muraire, CEO of Liberty Specialty Markets, southern Europe: "The challenge is to be able to widen the market-¦ and to collect a sufficient level of premiums so that the premium base allows to balance the portfolio." He adds that price competition is not what drives the market for large risks because the capacity of the underwriter to take on the risk is a more important issue for large clients.

Aon France also cites "meaningful capacity for all industry sectors" as one of the key challenges facing the market.