Insurance, the blockchain and the sharing economy 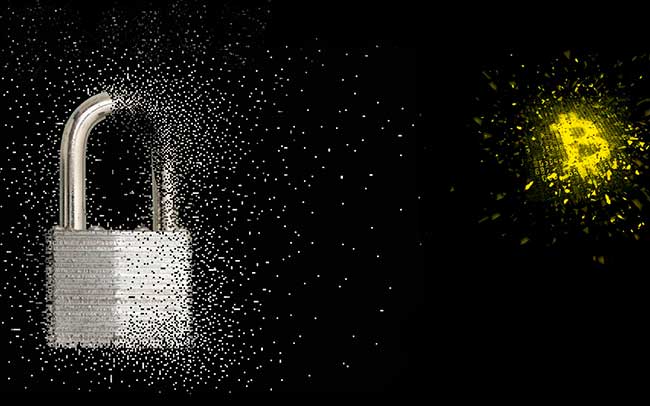 Blockchain is a peer-to-peer distributed ledger technology for a new generation of transactional applications, which is replicated and shared across legally separate organisations

Blockchain is seen as the main technological innovation of Bitcoin, since it stands as proof of all transactions on
the network

Insurance fraud continues to be a major issue, impacting every insurance carrier and almost all customers. The gulf between actual and detected fraud is widening, while the value of fraud detected is at a record high. A survey from the Association of British Insurers shows fraudulent claims detection rose 9%
in 2014 alone.

Insurers have increased fraud management budgets by 10%-15% and are also revisiting priorities identified across the counterfraud management lifecycle to explore ways to prevent, alert, identify, discover, investigate and monitor fraud.

Big data is a key focus. The ability to ingest external data into the point-of-sales scoring process, to leverage unstructured data and develop data governance strategy, are all priorities for insurers. However, each insurer has a narrow lens.

Criminals exploit gaps in visibility, for example the use of fake IDs to create multiple policies, identifiable only by looking at wider datasets; or the same parties involved in multiple fraudulent claims in different roles; or using the same patterns in multiple claims across insurers by the same or different people.

Insurers have tried to share intelligence in past, but face technical, legal and commercial challenges in sharing personal data, or data across borders. They also remain unwilling to share sensitive loss information with competitors or third parties.

Could blockchain technology help make fraud intelligence sharing viable? The obvious advantages in creating blockchains include immutability, accountability and transparent compliance. Subrogation could be a good example of where this sort of feature can come in very handy. If a network of insurers can collaborate to develop a blockchain network for the ecosystem, a large number of distributed processes can be housed on the network, with no single owner and full transparency.

But its impact could be much broader. Today, growing numbers of companies specialise in claims investigation services for insurers. Such decentralisation of the insurance production cycle is increasingly common.

This creates the obvious question of mutual trust between parties -- the insurers and their network must be able to collaborate within the ecosystem in a transparent way,
to prevent any fraud.

Blockchain may be able to prevent fraud because the transactions are transparent, shared across multiple locations and impossible to alter or delete, meaning there will be less forgeries or manipulation of policies and contracts. Second, if these features could be built into the existing market infrastructure, it would allow the auto-execution of coded logic embedded into smart claims.

It also creates a permanent audit trail. Mutual consensus verification protocols allow a network to agree updates to the database collectively, with a certainty that the overall dataset remains correct at all times without the need for a central governing authority.

Another blockchain virtue is decentralisation of customer databases as well as a federated identity infrastructure, which allows individuals to be identified online without having to supply personal information, such as their driving licence number, to multiple insurers.

Rather than being held in any number of central databases, sensitive data is encrypted and distributed and a blockchain is used as an audit ledger to reauthenticate the user.

Blockchain may be useful in reducing fraud related to the integrity of a policy or claim or vehicle (any asset), and will minimise counterfeiting, double booking, document or contract alterations.

However, use of the blockchain does not mitigate the risk associated with the majority of first-party and third-party frauds. Fraud detection and investigation systems will still be required.

Storing and agreeing datasets of financial obligations and ownership forms is the basic core of insurance claims operations. The current methods are highly complex, use fragmented IT and data architectures and suffer from a lack of common standards. This creates the continual need to reconcile data, with massive systems and process duplication, leading to high costs and protracted time to execute tasks.

Blockchain can be used to drive efficiency in claims processing, independent of fraud, thus bringing a structural change for the industry.

If the insurers are able to record transactions on the blockchain at each point in the transactional lifecycle, the life record of that policy or the policyholder can be traced. This brings a degree of simplicity into the underwriting process and has potential to reduce fraud.

These new technologies make it possible for a group of independent parties to work with universal data sources, automatically reconciling between all participants -- customer, broker, insurer, co-insurer, reinsurer -- and with all having a distributed and single view of the entire exposure data chain.

In principle, any stored data record could be represented on a blockchain, from ownership of assets to contractual obligations, credit exposures or static data. A multitude of data types can be 'hashed', encrypted and entered into the ledger to create richer datasets than today. For example, ownership data could be entered, which shows multiple levels of beneficial ownership, collapsing the hierarchies that exist in various custody arrangements. Participants store distributed records locally as their golden source of information. Many of their existing systems tracking and maintaining records of holdings and transactions could be retired.

The need to interrogate centralised databases or send messages to other participants to ensure data alignment is removed. Some of these benefits might be achievable with existing technologies, or indeed with no actual technology at all.

The adoption of blockchain technology will be reliant on aligning industry standards for the process, data terms, contractual documentation and so on. Regardless of technological innovation, this standardisation can improve settlement times and cut costs.

A central authority could maintain a single universal source of the truth database, recording asset transactions that all participants use as their golden source -- essentially, an expansion of the role taken by an insurance fraud bureau in a traditional infrastructure. It would form a central hub for sharing insurance fraud data and intelligence, using its unique position at the heart of the industry and unrivalled access to data, to detect and disrupt organised fraud networks and therefore the claims management process.

Adopting a common blockchain could create a step-change, with claims handling being more efficient and streamlined, resulting in an improved customer experience. Such an approach could also help to reduce further -- if not entirely prevent -- fraud, if identity management was also enforced on the blockchain.

A common claims-handling platform would still make it possible for individual insurers to compete for customers, offering a range of products and prices by virtue of the smart contracts they set up.

Moreover, a blockchain could allow the industry as a whole to streamline its processing and offer a better user experience for customers who have to make a claim. Simultaneously, storing claims and customer information on a blockchain would cut down fraudulent activity.

Indeed, in many respects, with initiatives like insurance fraud bureau now long established, the general insurance industry faces a smaller cultural and organisational hill to climb than does banking and other sectors. â