Passage to a corruption-free India 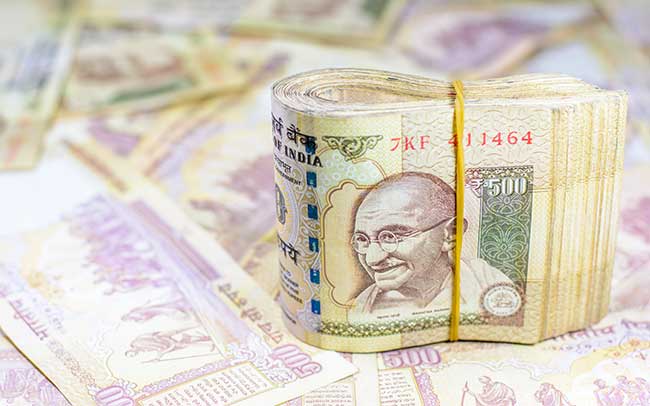 As the world's second most populous country opens up to ever more Western business, the need to overcome its historical problems with corruption becomes more pressing by the day. Praveen Gupta shares some scholarly thoughts on the issue-¦

Corruption is perhaps as old as human civilisation, and omnipresent. The lure of emerging markets for globalising forces poses new risks for them relating to bribery, grease payments, extortion and employee fraud. Covering or excluding corruption or crime is no solution. This article is an attempt to share insights from some exceptional thought leaders on corrupt practices in India.

"Despite being universally disapproved of, corruption is nevertheless universally practiced. Notwithstanding this paradox, there is very little literature that actually tries to answer it." So says Dr V Raghunathan, an eminent thought leader and expert in behavioural finance, who provides a good starting for a better understanding of managing corruption and risks in India.

For our purposes, Dr Raghunathan interprets corruption as the misuse of public office for private gains.

It would appear, adds Dr Raghunathan, when most people denounce corruption, they do so as those at the 'receiving end' of corruption -- paradoxically, the one called upon to pay bribes. Corruption thereby becomes repulsive for two reasons: both morally and economically. As long as the person is being forced to cough up the bribe to have his legitimate entitlements granted and is not paying it to receive undue favours, it may be difficult in practical terms to find fault with an average bribe-giver's point of view.

He then goes on to say that it may be reasonable to expect the number of bribe-givers to be much greater than the number of bribe-takers. As the one in power, he or she often is, or is regarded as, the cause of corruption. Let us assume that the ratio of bribe-givers to bribe-takers is 10:1. When you poll the population in general, a large majority of them -- nearly 90% being bribe-givers -- may disapprove of corruption because of the moral and financial costs it inflicts upon them.

Thus, it takes a mere 10% of the population to act corrupt for the entire 100% to be regarded as practising corruption, thus creating the impression of corruption being universally practised. How does one negate this paradox and work towards making corruption less universal? This remains his key question.

Corruption and fraud, according to Ravi Venkatesan in his HBR paper Confronting Corruption, falls into four categories: bribes, speed money, extortion and employee fraud. They are defined thus:

Bribes: Multinational companies are prohibited from offering anything of value to a government official, political party or party official with the intent to influence that person or to secure an improper advantage in obtaining or retaining business;

Speed money, or 'grease payments': Speed money is a payment for doing something he or she should do, faster;

Extortion: Extortionists are usually solo rogue actors without institutional backing -- it is often possible to call their bluff;

Employee fraud: Increasingly, the biggest corruption threat facing a company is the risk their own employees may be on the take. Greed is also driving more management fraud.

The most corrupt professions

The magazine India Today recently conducted a poll on the most corrupt professions. As expected, politicians topped the list, followed by police and the lower judiciary. A surprise revelation surfaced when journalists made an unexpected appearance in the most corrupt list.

The Transparency Global Corruption Barometer reveals that 41% of Indians believe the media is "complicit in corruption". In fact, consensus exists in the profession on the need to urgently tackle the issue, according to the late editor Vinod Mehta in his book
Editor Unplugged.

What can possibly inhibit the conversion of corrupt thought into action? Clearly the fear of observation or detection, and the fear of consequences, believes Dr Raghunathan. So while an act of corruption may be driven by greed, it can be inhibited by the fear of detection and punishment.

The fact is that a society is as corrupt as the system allows it to be. The weak administrative and political institutions of emerging democracies perhaps offer an appropriate environment for corruption to prosper. This probably explains why in many developed societies, where the probability of being caught while indulging in corruption is higher and the consequences of being caught are severe, the instances of corruption are fewer.

At one extreme, in India, it would seem that we are beginning to take corruption in our stride. We no longer squirm at being ranked among the most corrupt countries in the world. We have come to accept corruption as our national character and hence we do not view it as a serious and alarming social malaise, as is evident from the popular support enjoyed by some of our scamsters in public life.

Vinod Rai, India's 11th comptroller and auditor general (CAG), and a symbol of the country's anti-corruption movement, throws light on his time as the CAG in his book, Not Just An Accountant. It focuses on the many pitfalls -- ethical, political and economic -- India must avoid if it is to emerge a stronger, more prosperous nation.

In this narrative, rich in anecdote and inside information, Mr Rai speaks of the major scams that shook the country in the new millennium. Among the case studies -- chosen for the diversity of failures they highlight -- are the procedural irregularities in the issuance of licenses for the second-generation (2G) spectrum; the XIX Commonwealth Games; the enormous losses the country was forced to endure in the allocation of coal blocks to agencies incapable of efficiently exploiting our national resources; the wilful flouting of procedures and the clear evidence of crony capitalism in the exploration of India's hydrocarbon resources; and the tragic tale of civil aviation in India.

Mr Rai endeavours to keep future generations apprised of the pitfalls to be avoided in the mission for nation-building. The pain they have experienced should inspire in them the strength for greater success. Each challenge must spur greater response. Each failure should provide a greater stimulus for success. And more importantly, it is vital to recognise that success will not be handed on a platter; one will have to go out in the sun and toil for it.

Dr Raghunathan quotes Malcolm Gladwell from his book Outliers, where he alludes to Gerard Hendrik Hofstede's 'power distance index' as a framework for assessing cultures. It measures "the extent to which the less powerful members of organisations and institutions (like in a family or a business) accept and expect that power is distributed unequally". The higher the acceptance and expectation of power inequality, the higher the 'power distance'.

Using this framework, it is seen that countries like Austria, Australia, Israel, New Zealand, Switzerland, the UK and several Scandinavian countries represent low power distance since these societies expect and accept power relations that are more consultative or democratic. On the other hand, countries like Malaysia, Indonesia, Thailand, China, Korea, India and Pakistan have high power distance, since these countries are probably more autocratic, feudalistic or paternalistic.

So one hopes that as the country's per capita income improves and the literacy level goes up and we put various systemic checks and balances in place for greater transparency, we should be able to control corruption and a day might come when we could say corruption is widely condemned and, quite rightly, not so widely practised.

Be prepared to tough it out, reminds
Mr Venkatesan in his HBR paper. He believes success is perfectly possible in emerging markets without making compromises, but there are real consequences and real costs for those who uphold ethical behaviours, especially in the short term.

Global leaders should publicly support anti- bribery laws, speaking out against corrupt practices in their industry and explicitly acknowledging any loss of business that results from ethical principles. Chief executives must ensure that every employee in every part of the world is utterly clear about what conduct is acceptable and what is not.

The thought leaders quoted here are an epitome of courage in accepting and articulating the state of corruption. There is also a recurring push on this front from the country's expanding and assertive middle-class. Thanks to activism in sections of media coupled with the country's apex court (Supreme Court), the dissatisfaction is channelling into a slow and steady cleanup.

That should only bring cheer to underwriters in fiduciary, professional and personal liabilities, concerned about reputation risk and cost of doing business in India as it opens up for more global action.