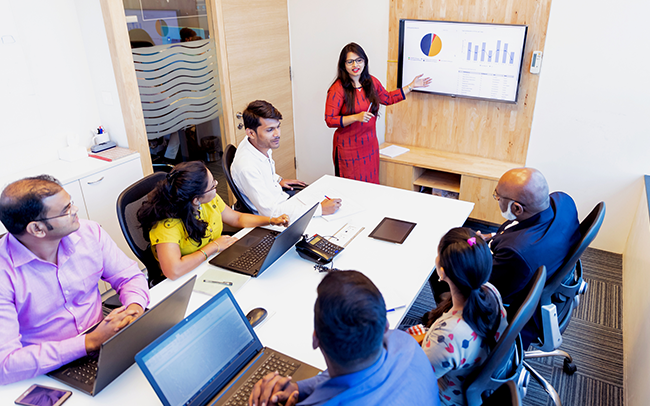 Praveen Gupta, FCII is a Chartered insurer and former CEO.

Corporate India is beginning to feel the benefits of increased gender diversity. More companies now have one woman on their boards, and several boards have more than one.

Regulations, it appears, have rejuvenated the focus on gender diversity in boardrooms, according to Corporate India: Women on Boards, a recent study undertaken by Institutional Investor Advisory Services (IIAS) in partnership with SBI Mutual Fund. While there has been a lot of progress, the country continues to trail behind global standards on including women in boardrooms.

"India remains well behind other markets that have targeted female representation of at least 30% on boards," notes Hetal Dalal, COO of IIAS.

India versus the developed world
European countries, with female board representation between 30% and 40% continue to lead the way. In the US, women hold 20.4% of the board seats of R3000 companies in 2020. In the UK, the 30% Club achieved its stated target of a minimum of 30% women on FTSE350 boards by 2020. Initially investors, and more recently investment bankers, are driving board diversity.

India needs to catch up. The NIFTY 500 companies had 17% female representation on boards as of 30 March 2020. In India, it is regulatory changes that continue to drive the dialogue on gender diversity. Recent regulatory changes made it mandatory to have at least one female independent director on boards, effective from 1 April 2019.

Share of directorships held by women in NIFTY 500 companies

Effects of the regulatory push

Ironically, while India truly epitomises 'unity in diversity', the voice and role of women remain subdued and underrepresented. In a largely paternalistic society, a female child needs to navigate through a lifetime of challenges. Breaking through a glass ceiling is never easy.

While the regulators can impose quotas for the very top roles, much remains to be done to do away with the systemic barriers on the way up the hierarchy. Having said that, the study is an excellent attempt at championing fair and equitable opportunities for women in corporate India.