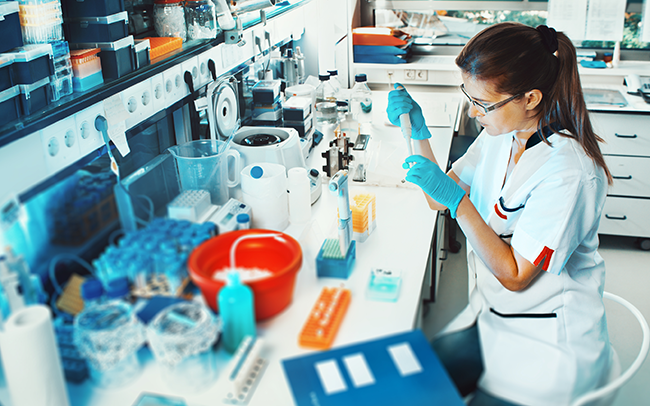 Healing the planet -- the D&I way

A look into the stories of past vaccine development, recent clinical trials and overall disease and related crisis management brings to the fore some eye-opening insights into diversity and inclusion. The role and contribution of women, in multiple facets of this, tends to be overlooked -- whether as leaders, subject matter or even the lack of equitable representation. Names like Louis Pasteur or Alexander Fleming dominate a male narrative. It is, therefore, time to remember a few inspirational stories from the past and present. Perhaps these will reinforce the path towards a more diverse and inclusive order -- and a sustainable planet!

A debt of gratitude

Henrietta Lacks, a mother of five children from Baltimore, US, was diagnosed with cervical cancer in 1951. When she went to Johns Hopkins Hospital -- one of the few hospitals that treated African Americans at the time -- doctors snipped two tissue samples from Henrietta's cervix without her consent. Unfortunately, she passed away just ten months after the diagnosis. But her cells lived on.

Dr George Gey, who first isolated them, began shipping cultures to labs across the world for research. During the next several decades, the cells (nicknamed HeLa) were used in countless medical experiments. Jonas Salk used HeLa cells to create the polio vaccine. Amazingly, her cells are still growing and scientists continue to use them for research. "Her immortal cells will continue to help mankind forever," reads Henrietta's tombstone. Thankfully, her contributions to science have been honoured across the globe.

Lady Mary Wortley Montagu defied convention by introducing smallpox inoculation into western medicine. While visiting the Ottoman Empire, she learned about Turkish customs and witnessed inoculations against smallpox. Lady Mary wanted to spare her children from suffering the disease, so in 1718 she had her four-year-old son, Edward, inoculated.

On her return to London, she succeeded in promoting the procedure, despite strong resistance from the medical establishment. Thanks to her, we erased the most threatening pandemic of its time.

In the steering seat

Among several experts currently working to develop a Covid-19 vaccine is a team of all-female scientists at Novavax vaccine lab in Maryland, US. "I think in science, it's more common for women to be in the lab than the guys," said Nita Patel, director for vaccine development and antibody discovery.

Also on the World Health Organization's list of labs is Janssen Vaccines & Prevention in Leiden, the Netherlands. Two women -- Dr Rinke Bos, a principal scientist at Janssen who specialises in vaccines against viral infectious diseases, and Dr Hanneke Schuitemaker, global head of viral vaccine discovery and translational medicine for Johnson & Johnson -- are part of a team working around the clock to develop a Covid-19 vaccine. Since the outbreak in Wuhan, both women have been documenting the process in a behind-the-scenes web series, The Road to a Vaccine.

Dr Bos, a mother of three, had some explaining to do to her kids on what the vaccine is, in the beginning. It was also a good excuse when they still were going to school. 'Come on, guys, hurry up, Mommy has to work on the vaccine,' is how it has settled now.

A case of work and life finding their balance.

Clinical trials would go nowhere without volunteers. So, when Jennifer Haller heard that researchers were looking for volunteers to be injected with an experimental coronavirus vaccine, the Seattle mother opted to be the first person to receive the experimental vaccine mRNA-1273.

"I wanted to do something because there's so many millions of Americans that don't have the same privileges that I've been given," said Haller, who works from home for a small tech company. "They're losing their jobs. They are concerned about paying bills, feeding their family," she added.

This is not an issue that is unique to drugmakers -- among the Fortune 500, just 6.4% have female CEOs. There are many debates surrounding the reason behind gender inequality, specifically in the pharmaceutical industry. Many suspect it is due to the industry being very specific with academic and professional requirements for leadership positions.

Although there is recognition today of the need to include women sufficiently in clinical trials, in previous decades the consideration and inclusion of men overshadowed women in clinical research design and conduct. This was observed when studying diseases prevalent in both sexes, where males, frequently Caucasians, were the 'normal' study population. A type of observer bias -- male bias -- in assuming a male's attitude in conducting trials was another contributing factor. At the same time, researchers often wrongly assumed that women would have the same response as men to drugs in clinical trials.

In 2017, Emma Walmsley became GlaxoSmithKline's CEO, making her the first woman to lead a big pharma company. Interestingly, Ms Walmsley's background is not in science, but classics and modern literature, with prior experience working in the consumer brands industry.

"I recognise the responsibility I have as a leader, in brackets a little bit, as a role model, because you're more visible whether you like it or not, you just are more visible for that. And I do -- and I want to -- represent diversity in that sense." Ms Walmsley believes that as well as gender, the LGBT community, racial diversity and personality also need to be better represented. "We should be much more proactive about sponsoring and supporting all types of diversity to get to the senior leadership positions," she said.

Women in power: the differentiator

Countries with female leaders suffer six times fewer Covid-19 deaths and will recover sooner from recession. They did not underestimate the risks, focused on preventative measures and prioritised long-term social wellbeing over short-term economic considerations. That is the story of Taiwan, New Zealand, Denmark, Norway and Finland.

During the past few years, most female-led governments have also placed a stronger emphasis on social and environmental wellbeing, investing more in public health and reducing air pollution (which seems to be closely associated with Covid-19 deaths). Analysis shows that countries with higher female representation in national parliaments perform better in terms of greenhouse gas emission reduction, air pollution containment and biodiversity conservation. Some of these governments have also launched an international alliance to promote 'social and ecological wellbeing' as the cornerstone of their economic policies. These are all important features that make societies more resilient.

These are just a handful of powerful stories highlighting the role of women in the race to the cure for Covid-19. Equally important are prevention and building resilience. Needless to say, the winners have just been announced. Let us leave the world in their safe hands.

Praveen Gupta, FCII is a Chartered insurer and former CEO