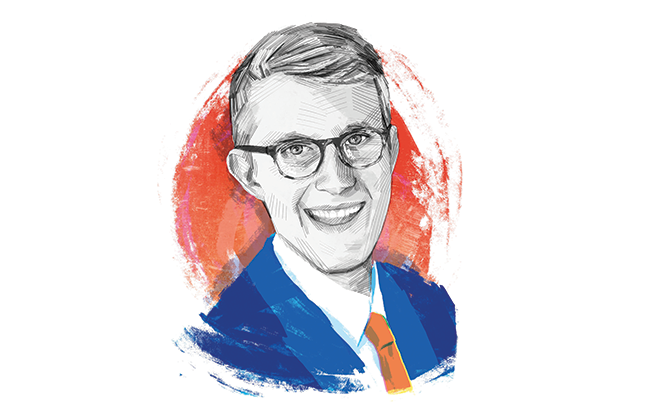 I have recently moved on to the next chapter of my professional career. As I journey from the City of London's insurance district to financial journalism, I would like to consider some of the things I have learnt.

THE WORTH OF NETWORKING

At school, English language was my weakest subject and teachers believed me to be dyslexic. This stuck with me and, feeling that words were a weakness in my skillset,
I turned to numbers.

And that is where I ended up -- the world of credit risk. Balance sheets, profit margins and cashflow statements became my friends.

But much later, driven by nothing more than curiosity, I went to meet the communications team at my company looking to understand the bigger picture of the firm. From this, I began writing for the company's internal intranet and rediscovered my love of writing. This realisation led to articles in such titles as The Washington Post and the Financial Times.

The lesson: go out and network for no other reason than curiosity. Not just with people in your sector, but with those from wider society. It will help you understand the bigger picture, tap into new ways of thinking and maybe help to highlight skills and interests you never knew you had.

After being at my company for less than 12 months, I received an email from an executive at stating he had "an opportunity" and asking if I would be interested.

It turns out that executives do read the internal intranet and after seeing one of my posts, he offered me the chance to be mentored by a professional leadership consultancy.

For the 18 months that followed, my mentor initiated a broader conversation with me -- what is it that drives me, what did I really want to do and what am I going to do to get there?

Having an external and unbiased mentor has encouraged me to dream big and not to be ashamed to do so.

Office jobs can be synonymous with routine and comfort, but it is when you challenge yourself to think differently within those parameters that you begin to tap into some of your most engaging and educational experiences.

After a very complex risk landed on my desk and, as I got to grips with it, I saw that the numbers seemed good but the company's stock price was nosediving. A research report also sat beside me with the telephone number of a banker in its byline.

There and then, I decided to take the initiative and call him up. I wanted to understand how he viewed the risk as well as which tools and models he would use to make a judgement.

He was impressed that I wanted to get a view of the risk beyond the four walls of my company, so impressed in fact that he offered me an interview for a position at his bank.

Think creatively about how you can take the initiative to add value in your current role. Go beyond what is asked of you and think about new ways of doing things.

Alex Dooler is a financial journalist at Debtwire

THREE THINGS TO TAKE AWAY