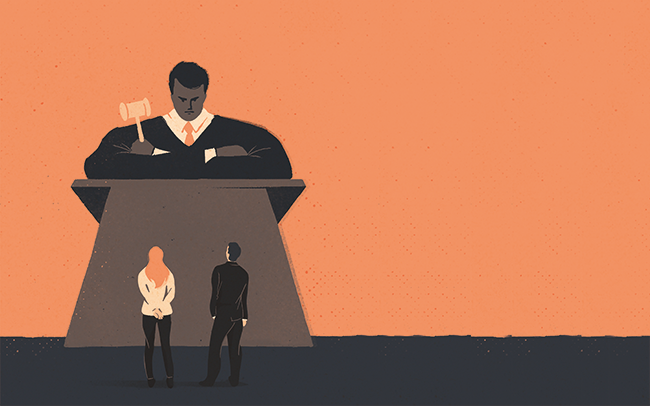 Is Europe one step closer to following the US with class actions and a more litigious approach? We look at some of the changing rules.

As the spectre of payment protection insurance claims finally fades, the UK insurance industry has been hoping that nothing of its like will follow.

However, the risk of large-scale claims remains. Some have suggested that the General Data Protection Regulation, for example, might be the next thing to spark a new wave of claims.

Others have pointed to the dual-pricing issue, while others are pointing to the talcum powder lawsuits and the Roundup cases in the US -- both products allegedly resulting in cancer for sufferers. Even the numerous claims against aircraft manufacturer Boeing, following two fatal crashes, are considered a sign of things to come.

One thing is for sure, however -- the insurance industry cannot afford to be complacent.

There has always been a fear that Europe might follow the US with its litigious approach but historically there has been little in the way of legal mechanisms to support such moves.

Now, however, the European Union has started to take an interest. Much of this follows the 2015 Volkswagen emissions scandal, the 2017 Ryanair flight cancellations case and the 2018 Maximilian Schrems privacy cases.

As a result, as one expert puts it: "The EU recognised that the lack of a unified and effective collective action scheme across the EU was depriving EU consumers of adequate redress."

Last year, it published a report reviewing 12 collective action schemes in the EU and recommended that member states be required to implement a collective redress scheme covering both consumer and human rights, before launching a new Directive. In March 2019, the European parliament approved that Directive.

In the light of that development, we look at four European countries and their systems.

In April this year, the Italian parliament introduced a comprehensive reform of the rules governing class actions, which will:

&bullet; Significantly widen the scope of application of the current rules

The reform will become effective on 19 April 2020 and will exclusively apply to unlawful conducts carried out after the effective date.

There is concern that the new rules could lead to potential distortions of the system by encouraging opportunistic behaviours and complicating the management of cases.

Not only will claimants be more likely to bring class actions against companies and public service providers, but their ability to join a class action after a favourable decision on the merits represents a serious threat to defendants.

Specifically, defendants could be prevented until the end of the proceedings from knowing the actual perimeter of the class and hence the potential liabilities deriving from the relevant action. As such, the reform introduces an element of material uncertainty for defendants that is likely to impact their defence strategy, as well as their accounting and risk assessment abilities.

After a lukewarm start since their introduction in 2014, class actions in France have gradually seen their field broaden. Still, while the regime of class action is already quite comprehensive in France compared to other EU member states, it has not yet gained significant traction in the French litigation landscape.

While some procedural aspects of class actions in France might be expanded in light of the EU proposal, a French MP has already suggested passing a law opening up class actions to large groups of consumers without the need for them to use one of the French-certified associations to bring legal proceedings.

So far, there have been about 17 class actions, most of which revolved around consumer law, the latest being related to the dispute between French telephone operator Free and its customers (March 2019).

In the UK, Section 47B of the Competition Act 1998 (as amended by Schedule 8, Paragraph 5 of the Consumer Rights Act 2015) came into force on 1 October 2015 and enables consumers and businesses to bring a private action for damages for losses suffered as a result of an infringement of EU or UK competition law on an opt-out basis, ie on behalf of an entire class of claimants (other than those who have expressly opted out of the action), without the need to identify every individual claimant.

The introduction of an opt-out regime was controversial and, during the consultation process, many expressed fears that it would result in a US-style class action culture. However, protective measures have meant that, so far no actions have been brought. Those measures include the retention of the 'loser pays' costs regime and a strict certification process requiring a collective proceedings order before a collective action can proceed.

The use of damages-based agreements (contingency fee retainers) is also prohibited in opt-out collective proceedings.