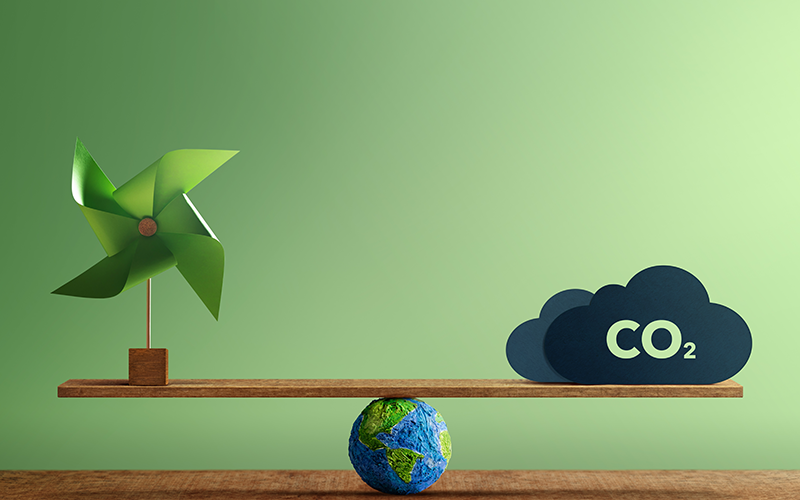 That the climate crisis is tightening its grip over us is now a foregone conclusion. It is a significant outcome of greenhouse gases (GHGs), including carbon dioxide, that we continue to pump into the world around us. The figure has already breached the 420ppm mark. We must now endeavour to reverse the process before it is too late.

Here is a stark warning from Vanessa Otto-Mentz and Marco Vet, reflecting on the insurance industry’s role in decarbonising the global economy, in the context of Deloitte’s report, Europe’s turning point: Accelerating new growth on the path to net zero: “Picture a world that is uninsurable. As humanity lets Earth’s temperature climb ever higher and massive natural effects take place, one day we could find ourselves living in a world that is too steeped in risk to balance insurance premium costs with payouts. The claims are too many and too large. By then, it’s not just the insurance system that has collapsed but the economic system. For insurers imagining that kind of future, the word ‘sustainability’ takes on multiple meanings.”

The price of carbon may be zero in many places today, but it’s unlikely to remain zero for long, warned a recent issue of HBR. That means many companies have hidden liabilities on their books. Can insurers ignore this reality?

According to HBR: “Economic models and the experience of the EU Emissions Trading System suggest that a price could likely be between $50 (£41) and $100 (£82) per ton of CO2 in the near term and rise from there. At $100 (£82) per ton, that would represent 5% of the global economy – a huge number. But where does this liability sit with the world’s corporations? The Bank of England increased its carbon-price forecast to $150 per ton by the end of the decade and warned banks that they face a tipping point similar to a ‘Minsky moment’ if they fail to prepare.”

The European Central Bank (ECB) recently announced the results of its climate stress test, indicating that banks urgently need to accelerate the incorporation of climate risk into their risk management frameworks, and that banks remain heavily exposed to emissions-intensive industries. The International Association of Insurance Supervisors too must act on this quickly. It would need to work on three fronts: risk management, underwriting and investments.

Let us look at one of the most carbon dioxide emission-intensive companies in the world.

“In 2020, Exxon Mobil released 112 Mn metric tons of CO2 ‘equivalent’ (other GHGs including methane). At $100/ton, it would owe $11bn annually on its own emissions. Since the company has earned only $8bn (£6.5bn) on average in the past five years, this means it would rapidly be bankrupt. That surely is a good way to finally get the attention of the board. Add in the company’s share of the annual $60bn (£50bn) from pricing the roughly 600 Mn metric tons of its Scope 3 emissions (it’s not clear how much it could pass on to purchasers) and the situation is even more dire.” So says a case study from Dr Robert Eccles, which ought to be a revelation for insurers in a business-as-usual mindset.

Added to this challenge has been the way in which costs are accounted for. Many costs created by firms that were once externalised to others, such as CO2 emissions, must now be internalised, for example.

Traditionally, accountants do not look forward. They consider what ‘was’ and ‘is’ material, rather than what will be. Insurers too are conditioned alike. Climate change has to be dealt with on a prospective basis and not retrospectively. The tipping points in the earth systems have non-linear outcomes. Insurers’ obsession with linearity and predictability needs a revisit.

It is not just the accountants, but actuaries and auditors as well. And to get carbon out of the way, fossil fuel-driven processes ought to be eliminated. Boards need to be educated and the governance process must encompass environmental and societal components.

The International Financial Reporting Standards (IFRS), which the financial services sector is trying to incorporate, has a blindspot. There is no room for sustainability. Does the recent move to introduce the International Sustainability Standards Board (ISSB) – for which the consultation process is about to close – make it sufficiently equipped?

I wish to raise just three of the many items flagged by Professor Carol Adams on what CFOs and accounting professional bodies think of the ISSB Exposure Drafts:

Again, we tend to look at climate change’s impact on insurers’ balance sheets and not how an insurer’s actions impact nature. Biodiversity loss and pollution are the other two serious triggers that operate in conjunction with climate change.

While the disconnects between insurers and sustainability make a long list, the intent here was to put spotlight on a few critical ones. Nature has never received the attention and spotlight it merits. Biodiversity and ecosystem services (BES), which account for half the global GDP, can be ignored only at our peril.

“The Task Force on Nature Related Financial Disclosures needs to be integrated into investors’ financial strategies, to test and understand how to assess nature-related risks,” notes Antoine Denoix, CEO of AXA Climate. The bean-counters in the insurance industry must also internalise this compelling reality.

Embedding environment, social and governance (ESG) factors into risk management, underwriting and investments is indeed the way forward to put the planet and people before profits. That is how insurers can drive the money pipeline towards decarbonisation.

“Some 90% of all known fossil fuel reserves and resources held by all companies must stay in the ground to limit global warming to 1.5°C. But if more than 40% of reserves are extracted and burned, the world will comfortably pass 2°C, with devastating consequences,” warns Mark Campanale, executive chairman of the Carbon Tracker Initiative.

While the war in Europe has given a lifeline to fossil fuel, the regulatory actions from the SEC, BaFin, the FCA and the like will catch up with insurers. As will climate litigation. Insurers have to learn to deal with physical, transition, regulatory, reputation and liability risks, not just in the context of protecting their respective balance sheets but also the planet and people.

The way forward is not to pay lip service to the Net Zero Insurance Alliance, but to demonstrate real intent to fulfil sustainability and ESG. Where the UN’s Principles of Responsible Investment and Principles of Sustainable Insurance have thus far been unable to succeed, will the ISSB enable insurers to do better?