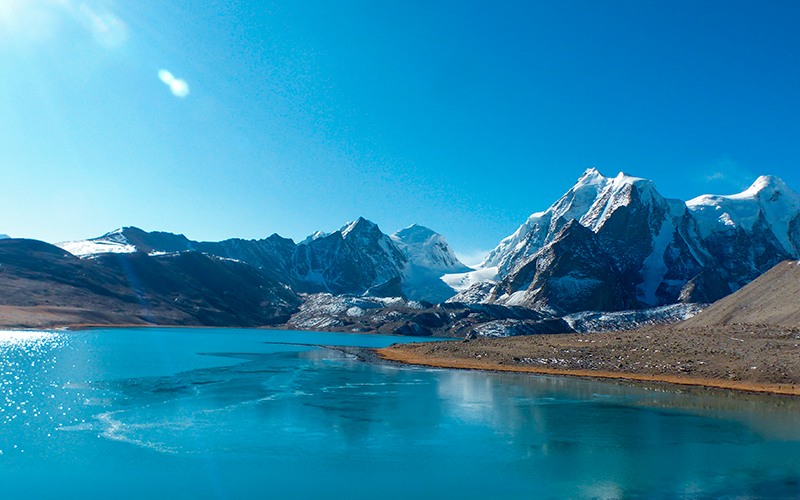 “Economics’ failure over destruction of nature presents ‘extreme risks’” states a recent headline in The Guardian. Talking of risks, can insurers be far behind?

A just-concluded review by Professor Partha Dasgupta, the Cambridge University economist, highlights how prosperity is coming at a “devastating cost” to the ecosystems that provide humanity with food, water and clean air. It appeals for consideration of the rapid depletion of the natural world and notes the need to urgently find new measures of success to avoid a catastrophic breakdown.

Scenario planning and modelling need to leverage science as climate finance migrates to science-based targets. So, let’s look at some risk scenarios in India, whose interplay could possibly assume an extreme form, and which insurers need to start addressing with pre-emptive mitigation before they happen.

Other than the two poles, the Himalaya Tibetan Plateau (HTP) has the most ice and snow on the planet. Global warming will continue to release more carbon into the water system of the HTP – sometimes known as ‘the third pole’ – thereby intensifying regional climate change. It will affect water quality and human livelihoods, as well as causing rangeland degradation, desertification, loss of glaciers and more, according to Dr Mika Sillanpää of Lappeenranta University of Technology (LUT). A recent incident in the Indian state of Uttarakhand where a glacial meltdown swept away two hydroelectric dams and killed several people is yet another manifestation.

Incidentally, in 2013 Uttarakhand experienced a hydro-meteorological disaster due to an extreme precipitation event with a return period of more than 100 years, claiming thousands of lives and causing enormous damage to infrastructure. The return period of extreme rainfall substantially decreases at less than 1.5°C-2.0°C warming, according to a team led by Professor Myles Allen at Oxford University. In all probability, the temperature rise is likely to be in excess of this range. Asset creation in this or similar terrain, as well as insurers mindlessly hogging such portfolios under the guise of penetration, runs the risk of impairing their balance sheets.

A study authored by 32 scientists from around the world assessed the planet’s 78 mountain glacier-based water systems. The most relied-upon and one of the most vulnerable mountain systems is the Indus water tower, according to the research. It can starve the fertile Indo-Gangetic plain of water, thus potentially displacing a vast population and causing a major sociopolitical upheaval.

The climate model tagging technique developed by Dr Hailong Wang, atmospheric scientist at Pacific Northwest National Laboratory (PNNL), tracks snowpack-melting particles in the HTP. Like a dark blanket, the soot acts to warm the ice and snow enough to speed up snowmelt and shrink glaciers.

The scientific understanding is that both the Bay of Bengal and the Arabian Sea will see a greater fraction of cyclones intensifying into the most severe categories. We cannot yet discount the possibility that most of the changes seen thus far may have resulted from natural variations in the Earth’s climate. However, the fundamental science is clear and trends in cyclone intensification are expected to strengthen with continued heating, says climate scientist Dr Chirag Dhara.

According to the prevailing underwriting thumb rule, the east coast is high risk and the west coast is generally safe. Renowned author Amitav Ghosh, a commentator on climate change, warns of a Fukushima-like event in Mumbai, given the growing frequency and intensity of cyclones on the west coast and the location of two atomic energy facilities in its precincts. Needless to say, much of Mumbai will remain vulnerable to growing flooding in the coming decades. Yet construction continues relentlessly and building codes are not enforced.

A combination of natural and manmade factors specific to India make it particularly vulnerable to the climate crisis. The Indo-Gangetic plains are hot and humid. Humid heat is much more dangerous than dry heat, and a simultaneous spike in heat and humidity can significantly raise the risk of cardiovascular and neurological conditions, according to Dr Dhara.

While wet-bulb temperatures during the worst heatwaves in India today rarely exceed 32°C, the climatological analysis indicates that temperatures during the most severe heatwaves in the hottest parts of India could begin to breach 34°C wet-bulb by 2030. Such high temperatures, says McKinsey Institute, have been recorded only a couple of times on Earth. Exposure to 34°C wet-bulb temperatures will increase mortality risks for the sick and elderly. Due to the presence of concrete buildings and limited green spaces, urban or semi-urban centers exposed to these temperatures may exceed the 35°C survivability threshold for healthy adults.

By 2050, portions of northern India could begin to experience heatwaves that exceed the 35°C wet-bulb survivability, with a probability of occurrence at least once in the decade to 2050 approaching 80%, says the McKinsey study. Interestingly, this would entail a cross-class collaboration between life and health insurers, as well as long- and short-tail classes of non-life.

To anticipate that these or other events would trigger in isolation would be naïve. For instance, rising pollution across the country, deteriorating biodiversity, earthquake events in the prone geography, and for that matter cyber and pandemic interplay too, could further exacerbate the cause or effect of the above-mentioned risks.

Potential implications of extreme climate risks ought to be modelled, keeping in mind the aggregation, accumulation and clash of multiple events in shorter cycles, with no dearth of imagination.