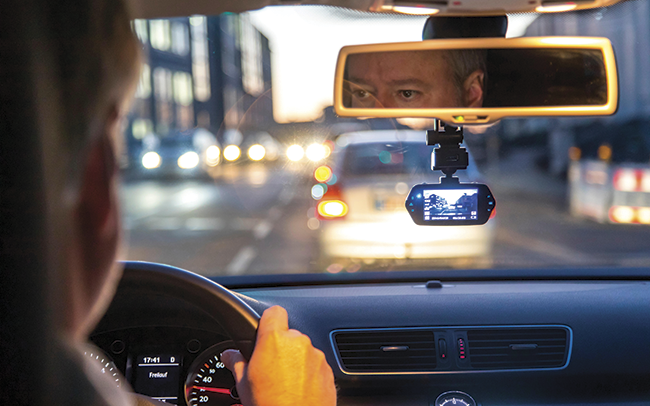 Catching a fraudster out can be hard to do, particularly for the innocent victim and, consequently, their insurer. But it seems help has arrived-¦

"Fraud by its very nature is based on the ability for someone to deceive for financial gain."

In the UK's insurance world, much of the fraud comes in the motor sector, with fraudulent whiplash injuries and cash for crash among the most common offences and often among the most difficult to prove.

Mr Fletcher believes: "In simple terms [for the motor sector] that probably means the fraudster telling a lie about how an accident occurred, the reason for it, the damage caused and/or the people who were in the car."

TECHNOLOGY TO THE RESCUE?

Technology already has made a huge difference, making it much easier for insurers to track back through an incident and spot the anomalies.

One of the latest aids for the sector is proving to be the dashcam. As Mr Fletcher says: "A dashcam is one of the ways that we can obtain strong evidence, which may help reveal the lies that the fraudster is trying to tell and therefore help us to stop them."

His words are echoed by Russell Scanlan operations director, Andrew Jenkins, who reports dashcams are steadily becoming a popular way to protect vehicles from theft or damage and how footage from them is increasingly being used to help make a stronger insurance claim after an accident and to settle potential disputes.

"As the number of vehicles moving around the UK's road network steadily rises -- with recent figures estimating nearly 26 million licensed cars in the country -- individual drivers and business owners operating fleets of company vehicles are investing in dashcam technology to protect their vehicles from damage and fraudulent insurance claims," he says.

The advantages of dashcam footage include: speeding up claims, shutting down fraudulent claims, and removing uncertainty in witness statements.

However, Mr Jenkins warns: "That's not to say that dash cam footage is irrefutable. If it is raining, or the camera is wobbly, or the footage is intermittent from a poor quality camera, for example, then it isn't going to necessarily stand up as evidence.

"Insurance companies will welcome footage as evidence in a claim, but don't assume that if a camera is installed in a car or vehicle that insureds are protected from all threat of fraudulent claims."

Motor Insurance Bureau (MIB) chief technical officer Paul Ryman-Tubb agrees: "The increasing availability of dashcam evidence has been helpful in establishing whether an accident has occurred, the circumstances and often which party is at fault. Footage from dashcams can be used by MIB to expedite our investigations into the events described by victims of accidents with uninsured or untraced drivers."

A fleet driver avoided a £16,000 insurance claim after his VisionTrack 3G dashcam video proved he was the innocent victim of a motorist jumping a red light.

The footage showed the Ford Transit going through a green light at a junction but seconds later, the Transit was in collision with a Nissan Note coming from the opposite direction.

The Nissan driver denied all responsibility for the crash and submitted third-party costs of £16,206, including personal injury claims for three occupants of the car.

The footage was sent to both drivers' insurers with all relevant data such as the driver's speed at the time of the collision. The Nissan driver's insurers immediately admitted full liability and withdrew their claim.

Dashcams are small video cameras that can be mounted to the car's dashboard or windshield to record what happens in front of the vehicle. More advanced models can also record interior audio and video and rear-facing video, and even display on the rear-view mirror or stream to the internet. Cyclists use them too and examples of road rage and right-of-way discrepancies between motorists and bike riders have been captured on camera.